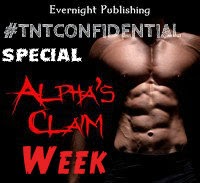 Are you ready to meet another alpha shifter? Today's guest is Eileen Griffin. Her story, Claiming Ayden, belongs to the manlove edition of the Alpha's Claim Anthology. Welcome Eileen!


Thanks for hosting me on your blog today :-)

I’ve been asked what my inspiration was when I was writing “Claiming Ayden”. I have a weakness for Alpha males and absolutely love the wolf sub-culture. They’re fascinating animals that are extremely territorial about their packs, travel vast distances to find food and shelter to ensure the health of their packs, but are also one of the few animals that mate for life. When I was developing my story and characters, I kept envisioning the scene from Last of the Mohicans when Hawkeye (played by Daniel Day-Lewis) was racing to rescue his love, Cora.

The intensity with which he traverses the distance and landscape to save her has stuck with me all these years – for me, it was a pivotal scene in the movie. It made me wonder how a wolf/human shifter would react to his beloved, in this case Ayden, was captured by his Alpha’s enemy. The story basically wrote itself from there. It was such an awesome and novel experience to create a world and story for them, that I hope to one day continue Ayden and
Thane’s story in future novellas :-) 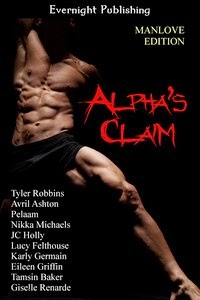 Thane, Alpha of his pack of shifter wolves, is running out of time. Drake, Alpha of a rival pack and Thane’s enemy, has stolen into Thane’s camp to capture three of his youngest members, including his intended mate Ayden.

Drake needs numbers to increase the size of his pack and he does not care how he accomplishes that feat. Will Drake succeed and not only increase the number of his pack but eliminate Thane as a rival Alpha and enemy to his pack? Or will Thane’s need for his mate and desire to have him at any cost be the tipping point that will help him overthrow Drake and claim Ayden once and for all?

Thane looked down at Ayden’s white blond hair and felt his chest tighten. He lifted his hand and settled it in the pup’s hair. He had to hold back a moan when he felt a tremor go through the pup’s body the moment his fingers brushed along Ayden’s scalp. Thane tightened his fingers in Ayden’s hair and pulled the younger man’s face to his. Crystal blue eyes stared back at him. Nowhere in them was there any fear or pain. Instead, Thane saw the same expression of surety and desire Ayden had worn when he’d wandered into their camp almost two and a half years ago.
“Thank you for the food, pup. But that’s not the sustenance I need tonight.”
The tremor Thane had felt turned into a shudder as Ayden placed the food and water on the ground. Then in a show of true submission he gently leaned his head into the grasp Thane had on his hair, leaving his neck exposed.
Thane’s cock filled with blood and hardened against his body. His eyes roamed over the battered body of his true mate to check for damage that would prevent him from taking the action he should have completed before they had begun their journey to the winter lands. Roane approached Thane’s side and slid the leather thong from his neck, pressing it into his leader’s free hand before backing away.

Eileen Griffin lives in Texas, but loves to travel and has spent many summers crossing Europe with nothing but a backpack on her back. She enjoys TexMex, lives for good wine, and has a certain penchant for purple unicorns. She loves reading all genres of books, but her current obsession is writing M/M romance. She currently has three works out, Chasing Matt, a M/M novella co-authored with Nikka Michaels, Dinner For Two, a M/F romance novella, and “Claiming Ayden”, a M/M shifter romance that is part of a M/M anthology of short stories. Eileen is currently at work with co-author on two M/M foodie romance novels set to be released summer/fall 2014.