Well, you can know find me on Facebook and Twitter!
Posted by Elyzabeth M. VaLey at 2:35 PM No comments:

It all began when the Mother of all, created the elements Earth, Air, Water, Fire and Aether. From them she created many creatures but none as special as the Elwenfir.

The Elwenfir were children born from the depths of each element, their power therefore was the greatest of all on our planet. Airiana daughter of the Air, Earchilion son of the Earth, Waeau son of the Water, Stiarnila, daughter of Aether, and Dethef son of Fire.

Different as they were each had a different point of view on how to use their powers.

Waeau thought that other creatures had the right to know and be taught new powers and in turn the Elwenfir could learn from them.

Stiarnila and Dethef were of the mind that their power was to be used to control other creatures and for their own personal gain.

Each child of the element chose their own path, and from them the destiny of the human kind was born. 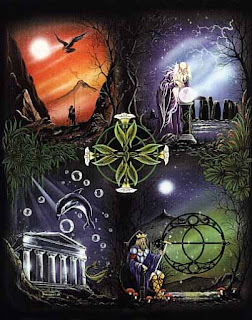 I really like it when I find snippets of things I've written a long time ago.

Posted by Elyzabeth M. VaLey at 6:42 AM No comments:

Standing on a crossroad...

Well I'm finally done with my exams! Summer holidays have begun and I can almost fully concentrate on writing. The problem is I have many projects in mind and I don't know with which one to start... 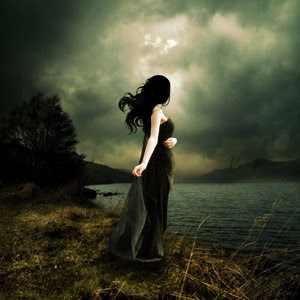 Posted by Elyzabeth M. VaLey at 2:14 PM No comments: