This post is part of a virtual book tour organized by Goddess Fish Promotions. Skye Warren will be awarding a $15 Amazon or B/N GC to a randomly drawn winner via rafflecopter during the tour. Click on the tour banner to see the other stops on the tour. 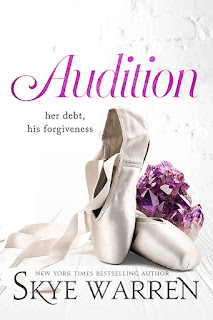 Blood and sweat. Bethany Lewis danced her way out of poverty. She’s a world class athlete… with a debt to pay.

Joshua North always gets what he wants. And the mercenary wants Bethany in his bed. He wants her beautiful little body bent to his will.

She doesn’t surrender to his kiss.
He doesn’t back down from a challenge.
It’s going to be a sensual fight… to the death.

Blinding lights. Aching lungs. Thunderous applause. The final show concludes the same way we rehearsed for months, the same way we performed for weeks. My muscles know the movements better than they understand rest. The prospect of after, of what comes next, makes my breath catch. Even as the primas take their bows, relief echoes around the stage. Vacations are planned. Relief for strained muscles. Everyone needs a break, even professional athletes. I’m the only one onstage dreading it.

We bow and curtesy with practiced grace. The curtain descends to the floor. Almost to the second we break formation—a flock of crows startled from the woods. The more exuberant among us, the young ones, the new ones, the ones using steroids, prance and jete toward the dressing rooms. Most of us limp our way out. One hundred percent of NFL players are injured every season. Professional dancing is the same. We hurl our bodies through the air, forcing massive impact through tired joints night after night. I catch my friend Marlena in my arms. Her face is white with pain.

I push my shoulder under hers as we exit the stage. “Don’t sell yourself short. You can have both.”

A delicate snort. “Not likely. We have to smile and flirt with the old men with big, fat wallets. And for what? I won’t be here next season. You won’t be, either.”

The reminder clangs inside me like a copper bell. I won’t be coming to the New York City Ballet after the break. We fall into our creaky chairs in the dressing room. “Are you going to miss it?”

“Miss it? Of course I’ll miss it.” Marlena turned twenty-eight last month. It’s comfortably retirement age for a dancer. “When the little children do their terrible pirouettes, when they sneeze and throw up and cry all over my leotard, I’ll think fondly of the beautiful art I left behind. Then I’ll be able to walk home. That won’t happen if I try to dance another season.”

“You’ll make a wonderful teacher. You know you were mine.” She didn’t teach me to dance. It was my first love, before I learned to flip and contort myself. Before I ever leapt from a trapeze bar.

Marlena taught me the ropes of the ballet company when I joined two years ago. Most of them thought I wouldn’t last a week. Some of them didn’t want me to. It’s a rigid world, the hierarchy stacked with graduates of Juilliard or the John Cranko school.

I don’t have a pedigree.

All I have is a body that does what it must, no matter how much it hurts.

Which means changing out of my sweaty leotard into a fresh one. We’re contractually obligated to attend the ball. Like Marlena said, we should smile and flirt with the high society people who attend. Both the male and female dancers have to do it. It’s what convinces the sponsors to write checks that will fund the next season. By the time they’re rehearsing The Nutcracker I’ll be in New Orleans, the place I swore I’d never return.

About the Author: Skye Warren is the New York Times bestselling author of dangerous romance. Her books have sold over one million copies. She makes her home in Texas with her loving family, sweet dogs, and evil cat. Website: http://www.skyewarren.com/books/audition/

a Rafflecopter giveaway
Posted by Elyzabeth M. VaLey at 12:00 AM 1 comment: 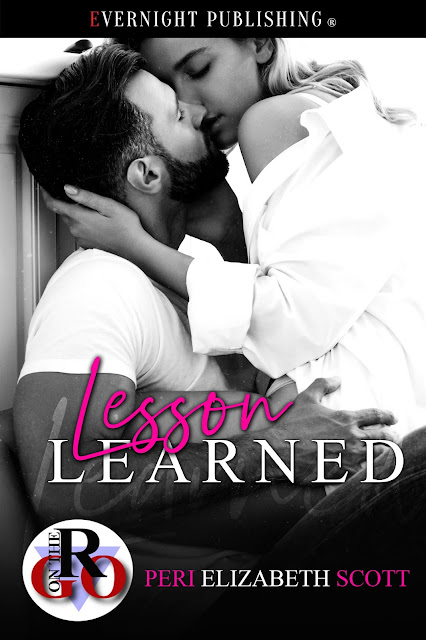 Adrian Matsakis is a successful businessman with terrible luck in personal relationships. His ex-wife wrecked him, and when he tried again with Jessie Brandt, she too betrayed him.

He is shocked and outraged to learn he has a son with her and is determined to take custody. He’s never forgotten Jessie but can’t forgive her, especially now.

Forewarned of Adrian’s intent, Jessie preempts him by inviting him to co-parent, and he reins himself in. He can’t resist reminding her of her perfidy, however, just as she continues to maintain her innocence.

They struggle against the chemistry—and more—sparking between them, and when Adrian double checks the facts around Jessie’s supposed betrayal, he’s staggered to learn the evidence was planted.

He sets out to make amends, and Jessie must decide if she’ll allow him back into her heart, and give Adrian a place to finally call home.

Adrian Matsakis shoved back from his desk with such strength the back of the chair hit the wall, and the resulting shudder made his teeth clack together. The distance from his computer monitor didn’t make it less true. The attachment he’d clicked on nearly filled the screen with a picture of a sturdy, little toddler, laughing up at a woman who crouched beside him, holding an enormous balloon.
It was like looking into a mirror of his youth, pictures of him as a child festooning most available surfaces, compliments of his doting mother. She’d been unable to have other children, and thus lavished every maternal ounce of her being upon him. His father created a balance, or Mama might have driven him crazy.
Maybe he was crazy, seeing something in that image that was wishful thinking. It couldn’t be. Rolling back to his desk, he clicked to reread the email from Mikhail. Nothing changed.
After opening up the image again, he soaked in the two faces featured there, noting how little Jessie had changed over the three years since he’d last seen her, the golden-blonde hair and laughing brown eyes, clear, ivory skin, long, slender hands, and a lithe body with all the requisite curves.
His son—for he had no doubt the child was his—was still exhibiting baby roundness, but his arms and legs were long like Adrian’s, and the riot of black curls that would be the bane of his existence unless fads changed, and maybe even then, waved wildly about the boy’s head. Olive skin set off the tiny white teeth visible in the wide smile. He thought his son’s eyes were gray like his own, but perhaps they were a velvety brown like Jessie’s.
Adrian finally allowed the cacophony of emotions churning in his gut to be labeled. He was furious, firstly. Furious to learn he had a child after all this time, and curious about the boy. Elated too. He wouldn’t deny it. He had badly wanted a child, children, and learning that his ex wife Sharon terminated not one, but two of his babies still sent shards of agony throughout his being.
But he now had a child, and it must be love, if not intense affection flooding his system as he stared at the little boy. He purposely narrowed his gaze, keeping it directly on the toddler, because he didn’t want his confused emotions toward Jessie to spill over, even within his own head, onto his son.
His son. Why hadn’t she told him? Contacted him as was his right? Especially when she knew how much he wanted children? Because I threw her out. He shook the vaguely remorseful thought away.
He’d thrown her out for good reason. She’d been lucky he hadn’t pressed charges, although she’d challenged him to do so even as she accepted his edict and marched away down the hall, her spine erect and her head held high.
Out of sight, out of mind. He’d made certain she left with nothing. Except she left with something. And if she’d really wanted my money, then why hadn’t she used the child? He decided to ignore that inconvenient niggle as well.
He shot an email to Mikhail, accepting the dinner invitation when what he really wanted to do was phone the man and demand an explanation. But he hadn’t climbed to where he was in his business by flying off the handle. He’d attend the dinner tonight armed with all possible information and pool it with what his friend knew. And plan.
He closed down his computer after carefully saving and printing several copies of the toddler and then obtained the number of an experienced investigative agency. He’d head out and pick up some wine and flowers for the hostess—and begin the plan of retrieving his child. Anything this important would take great care and strategy.

Allyson Young lives in cottage country in Manitoba, Canada with her husband and numerous pets. She worked in the human services all across Canada and has seen the best and worst of what people bring to the table. Allyson has written for years, mostly short stories and poetry, published in small newspapers and the like, although her work appeared in her high school yearbooks too! After reading an erotic romance, quite by accident, she decided to try her hand at penning erotica.
Allyson will write until whatever she has inside her is satisfied- when all the heroes man up and all the heroines get what they deserve. Love isn’t always sweet, and Allyson favours the darker side of romance.
http://www.allysonyoung.com
allysonyoung45@gmail.com
Allyson Young
@allysonyoung45