Welcome to the Evernight Publishing Love Scene Blog hop! Prizes and love to go around for everyone! *smile* 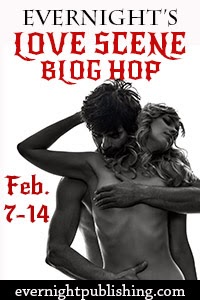 As a Grand Prize Evernight Publishing is offering:

I'll be giving away: 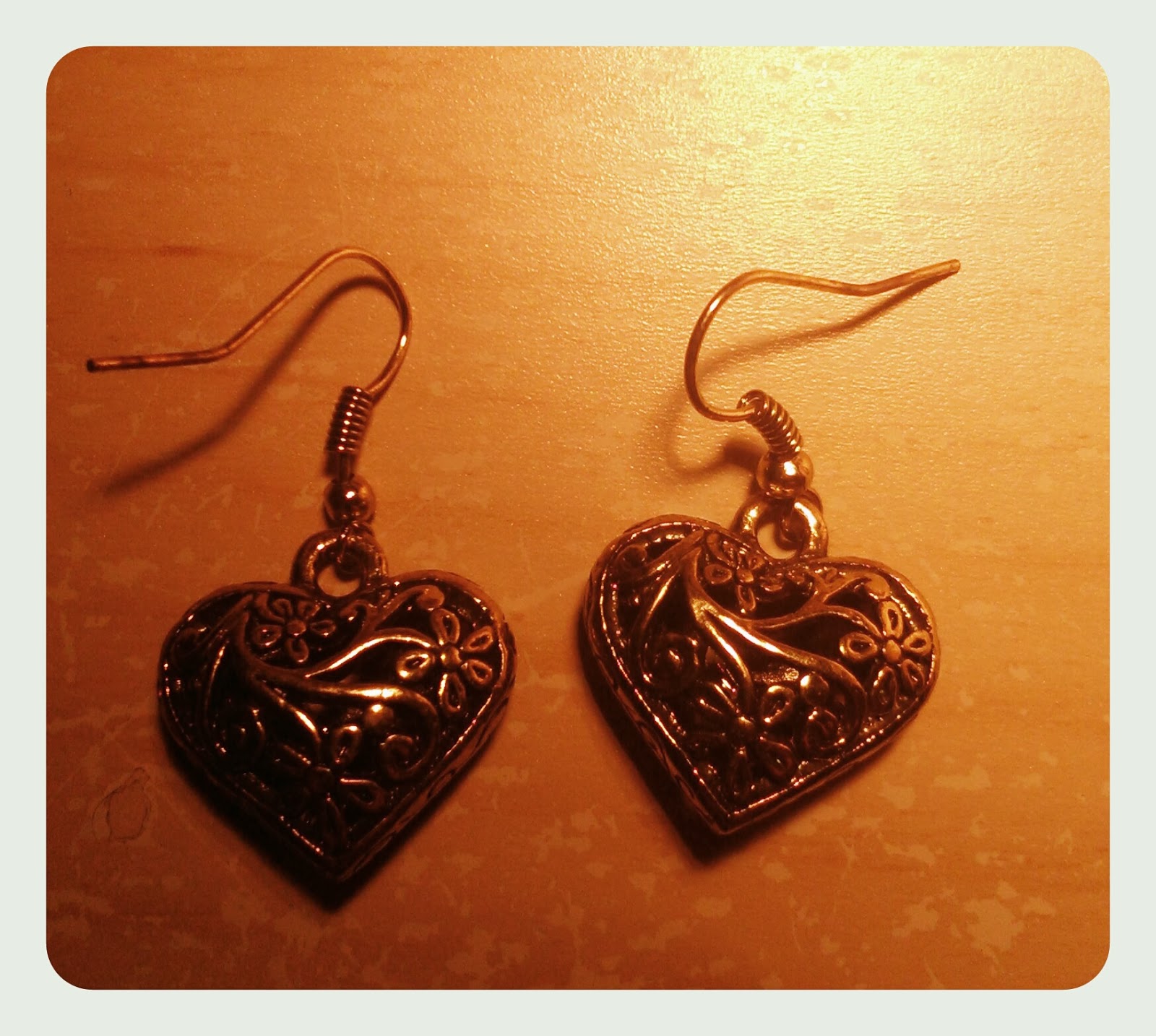 a $10 Evernight Gift Card and these earrings!
(to a randomly chosen commenter and open internationally)

- Soussanna is a witch (thus, the title of the series *grin*) and she's very old. Centuries old. She's been through quite a lot this woman.
- She has a nose for trouble. When it doesn't come to her, she'll go after it.

- The scene below happened long before The Golden Cock and Blind Beauty...

Soussanna hurried across the fields. The moon hid behind the clouds throwing everything into darkness before it reappeared again. Pinpricks of awareness dashed over her flesh. He was near. Doran. Her heart seemed to skip a beat just from thinking about him and she picked up her pace. The trees were near, their meeting point barely a few more steps away. Insanity. That was what this feeling was. She was a pariah, the town's outcast, yet he insisted on seeing her. Insisted on touching her, kissing her, making her his. Who was she to refuse?

She stepped into the wooded area. Her hood snagged on a branch, momentarily deterring her. Cursing under her breath she pulled it loose and continued on her way.  How could she refuse Doran? Her heart sang every time he was near and her magical senses became heightened for days after he touched her. It was a heady feeling. Two more feet. Doran. Her body tingled and sweet juices coated her thighs as she caught sight of him. He had his back to her, his long brown hair falling over his wide shoulders in soft waves. Soussanna took in a deep breath and slowed her pace. Tucking her hair behind her ears, she smoothed the wrinkles of her simple black cloak.

Her knees grew weak as he turned to face her, his blue eyes almost black in the darkness of the forest.

"Yes, as always," she replied, closing the distance between them.

He opened his arms and she stepped into their warm comfort. Peace enveloped her as she lay her head against his chest, listening to the thundering pattern of his heart. Gently grasping her chin, Doran tilted her head back and kissed her. Warm and pleasant his lips molded to hers thrice before his tongue snaked out and eased into her mouth. She moaned. Her pulse thundered. Flashes of lightening danced behind her lids. Magic.

Doran’s large hands snaked to her rear, pulling her closer. Soussanna groaned. His hard cock nudged her belly and more juices coated the apex between her thighs. She needed him.

“Soussanna.” His normally deep voice was hoarse and shaky. He pushed her away, holding her at arm’s length. “We can’t continue like this.”

With a heavy sigh, Doran pulled her back into his arms. She tilted her head to look at him. His blue eyes danced over her face as if he were committing her features to memory.

“These clandestine meetings in the middle of the night, the secrets.” Taking her smaller hand into his larger one, he placed it on his chest over his heart. “Do you feel how it drums for you?”

“For me?”  Her voice sounded small and far away as she pressed her palm firmly against his heart, drawing music from it into her limbs.

The music rose and washed over her, turning into fiery sparks of love. Her vision danced and she realized that tears were spilling down her cheeks. No one had ever said anything remotely similar to her. Doran’s thumb brushed over her cheek, followed by his lips. Soussanna smiled. He was kissing away her tears.

“I love you, sweet Soussanna.” His warm breath fanned her ear, before he kissed her neck.

Reaching for the ties that kept her cloak fastened, Soussanna undid them. The dark material slid to the floor and she presented herself to him, naked and ready. Meeting his gaze, she gave him a shaky smile. The words she had never uttered before stuck at her throat and she panicked that she would not be able to say them, but then he touched her and they spilled from her tongue like a pouring rain cloud.

To enter my giveaway you must tell me: if you were a witch what sort of mischief would you use your magic for?