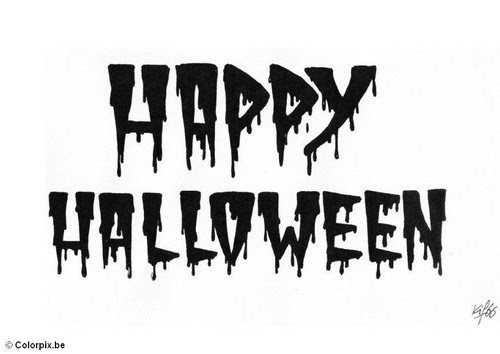 I know it's still a few hours away, but I'm going to be very busy tomorrow scaring the neighborhood kids :) So have yourself a very, very Happy and Spooky Night! Here's a little wicked story for your pleasure ;-)
Witch Master

He obeyed without question, following her into the chamber.

He did and stood rigid next to the door. She had turned her back to him, so he took the opportunity to survey her discreetly.

The rumor was true. She was a witch, a sorcerer in the power of the King, his step brother. He fought back the urge to curl his fist in anger. He had to keep up the pretence, at least for a few more minutes.

Sasha waved her hands over a steaming silver cup, cooling it instantly.

He went to her and stopped mere inches from her face.
She took in the sight of him. He was handsome, very handsome. Naked as he was before her, except for the slip around his privates, he caused her blood to burn. He was tall, lean even. His chest was broad and soft to the touch. She thought she heard him hiss, but that was not possible because they had drugged him.

Her eyes travelled from his chest to his face. He was exquisite: a firm square jaw covered by a three day beard, a chiseled nose, hair the color of walnuts and eyes the color of amber. Like Justin’s. She sighed.

She looked up at him again and met his eyes. They were not languid like they should be. They had a fire in them, a fire that she knew well. Her imagination had to be tricking her.

“Drink,” she ordered. Her voice was shaking. She let her gaze drop.

His lips pressed against hers in a fervent kiss. A warm trail of tears slipped from her eyes in silence. Justin pressed her to him hungry for the feel of her subtle curves against him. Sasha gasped when she felt the hardness of his shaft pressing against her. It had been so long. For a moment, she tried to break from the embrace, fearing that the figure before her was a succubus. The thought vanished when he gently wiped away her tears with his thumb.

Justin opened his mouth to speak but no words would come out. He pulled Sasha to him and ripped at her bodice. Her breasts fell free of the binding cloth. Startled she let out a small cry that became a moan when his mouth tasted and lavished her breasts like a starved newborn.

Sasha whimpered. She tangled her trembling hands through his hair, pulling at him, trying to make him understand that she needed him in her. He knew. Unceremoniously, he lifted her skirts and pulled down her undergarments. She stepped out of them and he pressed her roughly against the wall.
He draped his strong arms around her waist and lifted her. Instinctively, she wrapped her legs around his waist. Sasha gasped loudly as she felt his thick shaft find his way into her moist warmth.
He pushed. She shoved. Together, they created a steady rhythm. Fast and Furious, like two starved animals, their moans seemed to echo in the potion’s chamber.
Sasha opened her eyes and found his persistent stare.
“Justin,” she cried as waves of pleasure cursed through her.
“Sasha,” he moaned, too consumed in his own pleasure to say anything else.
For another second, Sasha wondered if she had just given her soul to the devil. If it was so, she didn’t care. She was not ashamed to admit that it was not the first time that she had toyed with the idea of making a pact with the Dark Lord if only he would give her, her soul mate back.
Justin dropped a kiss on the top of her head. He heard the clamor of a horn in the distance. His men were in the castle, he knew he should go and join them, tell them he was still alive, but he could not leave her side, not again.
Her legs shook as they dropped to the floor. If he hadn’t been holding her, she knew she would have fainted. She had to ask.
“Are you,” her voice betrayed her. She coughed. “Are you a ghoul?” she managed to whisper into Justin’s chest. He took a step back and she feared she had insulted him.
“No, Sasha, Sasha.” Justin saw her tears begin anew. He brought her to him and picked her up like a child. “My sweet angel, I’m no devil. I’ve come back home. I’ve come back for you, Sasha. Forever.”
Posted by Elyzabeth M. VaLey at 3:18 PM 2 comments:

I wanna do bad things with you...

I haven't been doing much these past days...except feed my on growing obession with the HBO TV Series "True Blood".
I haven't read the books...but as for the series, if you haven't seen it, it's a must! 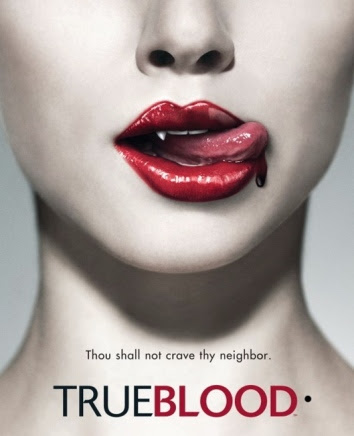 Posted by Elyzabeth M. VaLey at 1:07 PM No comments: