#TNTConfidential Author Spotlight on Rebecca Brochu and Next to You

Tomorrow is my birthday!! *squeel* And I've got a little something planned, but you will have to wait until tomorrow to find out! Today, is #TNTConfidential day and I have author Rebecca Brochu with me and her latest short novel Next to you. Welcome Rebecca! 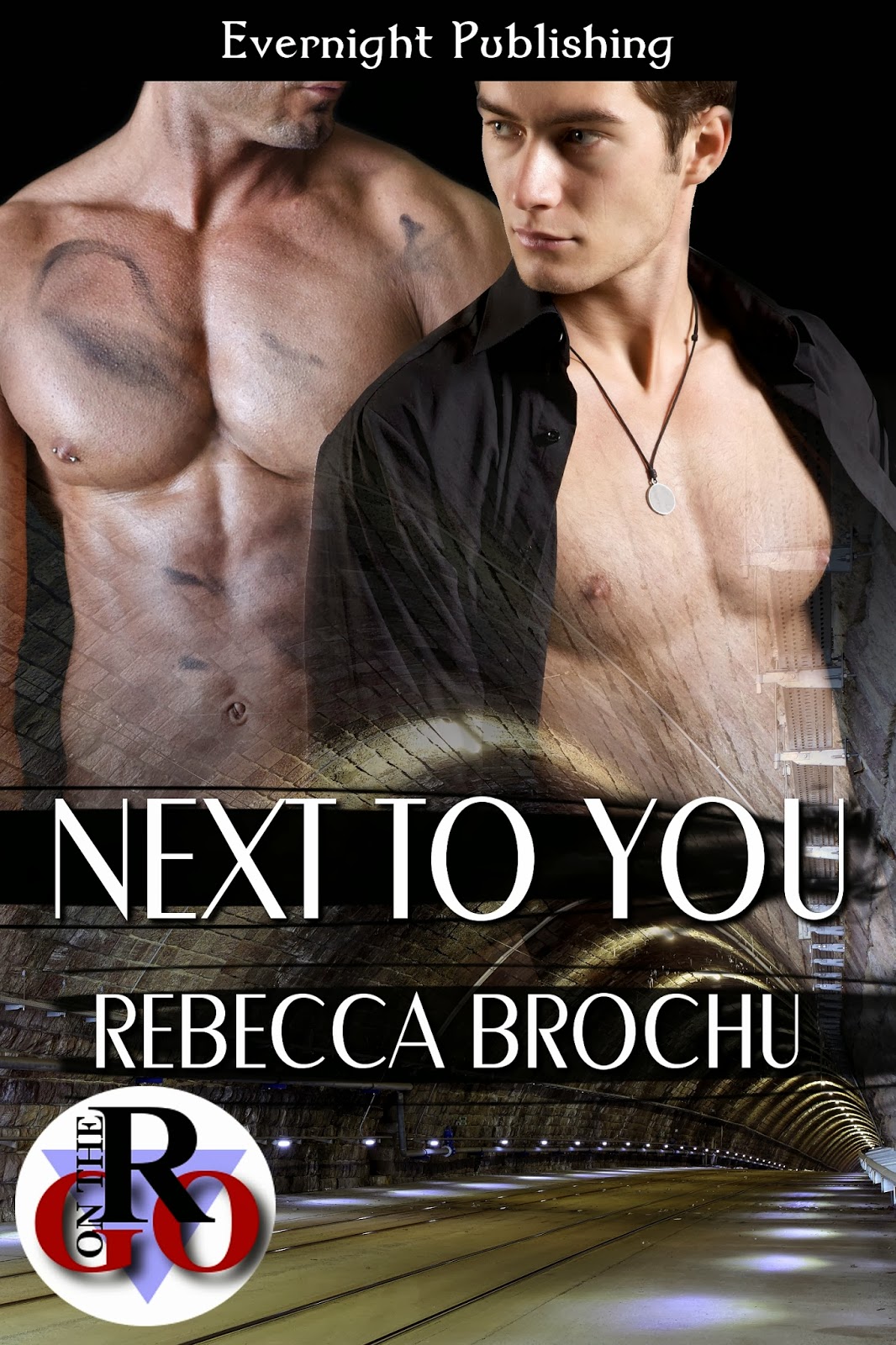 Understaffed, overworked and generally exhausted contractor Ricci DeAngelo still has to contend with a long subway ride at the end of each day.  The last thing he expects is to fall head long into a relationship while dozing on the train.  But that’s exactly what happens when a sexy and equally exhausted stranger falls asleep on his shoulder one night.

Ricci’s nap partner ends up being Layton Callis, an equally overworked pâtissier who looks and smells good enough to eat.  When they unexpectedly fall into a routine of napping together on the late train Ricci finds himself in a unique position.  He can continue only seeing Layton during the week and spending his weekends in a sleepless mess.  Or Ricci can step up and see if he can get Layton to agree to wake up next to him on a more permanent basis.
~~~~~~~~~~
EXCERPT:
“I’m going to kiss you now.”  Ricci blurted it out and watched Layton’s eyes go wide and then soft and hot. He reached out and put the empty mug on the bedside table beside Layton’s.

“If that’s how you react to coffee, I’m definitely going to have to cook breakfast…”  Layton’s teasing was drowned out as Ricci pushed forward and kissed him.

It started slow, just like the kiss from the night before.  Ricci teased the seam of Layton’s lips with his tongue, licked at the corners of his mouth leisurely for a moment before he swept inside.  He chased the taste of coffee around Layton’s mouth, learned the curve of his teeth and the wet, hot strength of his tongue all over again.  It was good, better than any kiss Ricci could remember at the moment.  It only improved when Layton pressed closer until Ricci was forced to lean back completely against the headboard so Layton could crawl forward onto his lap.

They broke the kiss slowly and stayed where they were for a moment, faces pressed close as they both panted for air.  Layton moved first. He slid his hands up the wide expanse of Ricci’s chest and then down over the curve of his shoulders as he ducked his head so he could place nipping kisses on the base of Ricci’s neck.

Ricci groaned and tipped his head back to give Layton better access while he clenched one hand in the sheet beside him and trailed the tips of the fingers on his other hand down Layton’s bare back until he could palm the curve of his ass.

Layton whined, a sweet high-pitched sound, when Ricci squeezed his ass lightly and then he set his teeth to Ricci’s skin harder in response.

Ricci bucked his hips upwards as he hissed at the sting.  They both groaned low and long when the rapidly hardening jut of his cock pressed against Layton’s through the thin fabric of their sleep pants.

“You said I could touch you.”  Ricci’s pulled Layton closer to him with the hand on his ass and finally untangled his other from where it had begun to claw at his bed sheets.  “I really hope you meant it.”

“I meant it.”  Layton’s words were broken by the way he panted against the curve of Ricci’s neck.  “I definitely meant it.”

About Rebecca
I am proud to say that I live in a small town in North Carolina, surrounded by fields and fresh air. Naturally I spend most of my days crouched in front of a keyboard or curled up with a book.  As an avid video game and anime enthusiast, it is an understatement to say that I have a vivid imagination. With a collection of games, dvd's, and books that number too many to count I am often neck deep in some fantasy world.  I truly do owe it all to the readers.  Thank you so very much.

Email ThisBlogThis!Share to TwitterShare to FacebookShare to Pinterest
Labels: #TNTConfidential, Author Spotlight, Evernight Publishing, male/male romance, Next to you, Rebecca Brochu, Romance on the Go