Dear readers, welcome once more to a Wednesday Brief blogpost! After almost two months I return. Please excuse me for any mistakes or weirdness as I've barely written anything creative in these past weeks. The most creative thing I did was design a magazine for a class project (I have to admit, that was kind of fun). Anyhow, this week's prompts were:

Considering the horrible heat wave we're having in Spain I started the story with the inferno and then threw in a little disco, banana and turtles. Enjoy! and don't forget to visit the other great flasher's! (links at the bottom)

It was an inferno. At 40 degrees Celsius, the heat was unbearable. The hum of the fan kept her in a dozed off state as she watched the two o’clock documentary on turtles. Belinda passed a frustrated hand across her face smearing some of the sweat that rolled down her temple. She took a swig out of her banana smoothie and swore half-heartedly. The cup was already empty. She sighed and reached for the remote. Soap operas, disco music advertisements, world news, unemployment, earthquakes, elections, game shows…she zapped through the channels and finally turned off the TV. Was it her or was the media getting worse every day?

“Okay Belinda, it’s time to move,” she told herself. Swinging her feet, she got the necessary impulse to stand up. The room swan for a moment and then steadied itself. She drowsily made her way across the clutter in the house and into the bathroom. Taking off what little garments she had been wearing, she stepped into the cool shower.

She let out a satisfied moan as the cool water sprayed over her sweaty body, alleviating the dreadful heat. She closed her eyes, relaxing against the cool tiles. Boy, did she hate the summer. Her eyes popped open when she heard the door open and close with a slam. She smiled when she heard Roger’s familiar voice, calling out to her.

She quickly closed the faucets and stepped out of the bath with a towel wrapped around her. Opening the bathroom door, she walked right into a solid wall of muscle. Roger chuckled and steadied her, by placing his hand on her bare shoulder. Her heart hammered hard against her chest and a current swept from her shoulder down to her core, heating her up quicker than the weather.

“You gotta watch where you’re going, bat girl,” he kidded.

“If you didn’t stand in the way, Hulk,” she retorted.

“Especially if you’re going out with a barely there towel.”

She looked away, feeling the flush in her cheeks creep down her neck. “I’m going to my room to change; the question was where you were going.”

Roger laughed good-naturedly. Why hadn’t he removed his hand from her shoulder? “I was looking for you. You have to come see what I bought!” He brushed his fingers down her arm and took her hand, tugging on her to follow.

“Can’t I get dressed first?” she asked, acutely aware of his strong hand on her naked skin and her nudity underneath the purple towel.

Belinda stared at the box, blankly.

“Don’t you know what it is?” Roger asked her with a grin. His blond hair fell over his dark eyes as he walked over to the large box and leaned on it. “It’s a portable air conditioner.”

“You dragged me here without allowing me to dress to show me a portable air conditioner?” she asked dumfounded.

Roger chuckled. “Yeah,” he paused as if measuring his next words, “and to seduce you.”

Belinda stared. Her heart beat so hard she thought it would jump out of her chest. Sweat coupled with the cool water dripping from her hair trickled down her back and across her chest. While her mouth dried up other parts of her body became humid with excitement.

“Aren’t you going to say anything?” Roger approached her. His six foot seven frame dwarfed her even though she was almost six feet tall.

“Are you serious?” she whispered. Roger nodded, tipping his head so that his lips were scant inches away from hers. She searched his eyes searching for some kind of hidden meaning, some sign that demonstrated he was joking. They had been roomies for over a year and Roger had never shown the slightest interest. Of course, they’d gone out together and shared some good moments but always as friends.

“I’m serious, Belinda, but only if you want to, I mean, I want to, I really do—“ his voice broke, “not only seduce you, but date you and—“ He passed a hand through his hair, disarraying it. “I’m not only interested in seeing you naked, Linda,” he whispered.

Belinda’s eyes widened. Thoughts raced through her mind. Heck, did she want to. She wanted to ever since Roger moved into her apartment as a roommate. Sunlight streamed through an open window and she felt the oppressing heat again but she no longer minded it. Trembling, she brought her hand to his face. Roger engulfed her hand in his larger one. He kissed the back of her knuckles and softly squeezed her hand. “Is that a yes?”

Smiling Belinda closed the distance left between them. Their lips crashed and heat rushed into every pore in her body. Roger pressed her closer and she felt his sizzling warmth. Passion consumed them. Her towel fell to the floor; Roger’s carelessly tossed his on the floor. She straddled him, crying out when he licked her nipple. He groaned as she rocked her hips. Sweat made them slick and slippery, their hands glided across their naked skins. She couldn’t get enough of him and he couldn’t get enough of her. It was hot, quick, scorching. She cried out her release and moments later, he came after her. She collapsed onto his chest, panting and hearing his heartbeat slowly steady into a rhythmic pattern. His hand lazily caressed her back and twirled her wet locks, as he dropped kisses at the top of her head. She smiled. It was 40 degrees out and probably 60 in here, yet she no longer felt the uncomfortable temperature. There was heat and then there was heat.

The rest of the Briefer's:

Welcome back to Monday Hottie!


I wasn't sure whom to pick for today's eye candy... and then I  heard someone shout "Gooooooooool" from a neighboring house and I thought: Oh my, the European Soccer League is on... hotties? A plenty! o for those of you who enjoy Spanish men, here are a few of the cutest Spanish players.

Pique (who is by the way, dating Colombian singer Shakira) 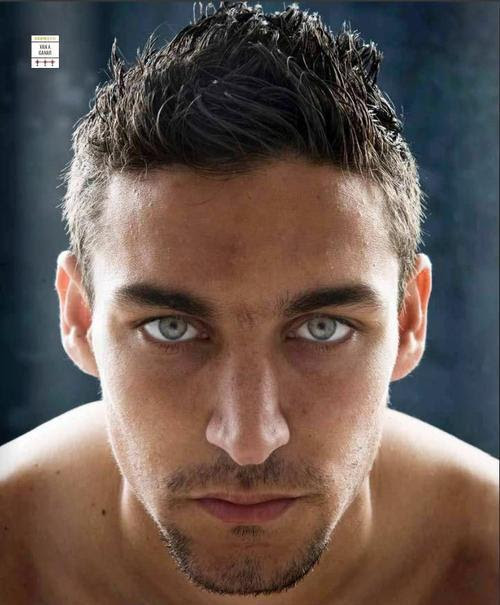 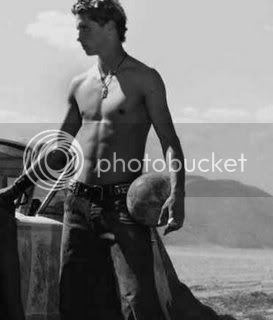 and my favorite Xabi Alonso

It's that day of the week again: lovely Sunday! I've missed Six Sentence Sunday and those teasing words... This weeks sentences belong to the story Little Bethany from the Bigger Briefs Reluctant Romance: Guys and Girls Anthology released this past Thursday.


His voice caught in his throat as her nimble fingers traced a path over his chest and down toward the waistline of his trousers. “Please, Miss O’Neal, don’t stand so close.”

“Do I turn you on, Malcolm?” she whispered seductively.

I'm back! After my long absence of more than a month I finally return to you! I wish I could say I've finally obtained my journalism degree but I'm still waiting for three grades (fingers-crossed).  However, the pain of exams is now over!

Besides my dreaded exams and several group projects I have some writing news to share! First of all, this past Thursday the Bigger Briefs Anthology: Reluctant Romance Guys and Girls  was released! You can buy your copy at ARE, Amazon.com or Amazon Uk. 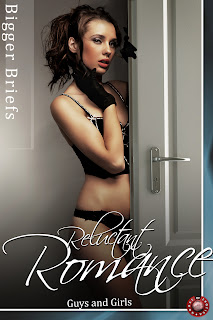 And second, last week I signed a contract with Evernight Publishing for The Mercenary Slave, part II of The Mercenary Tales, which tells the story of Wybert, Conrad's friend in The Mercenary Knight.

That is all for now friends. Stay tuned for upcoming novelties in the blog, contests, giveaways, and more!