I'd like to apologize because it was impossible for me to visit your wonderful snippets last week, but I'm already on today's! :-D This week, I'm sharing another snippet from  Eagle's Seduction, my story included in Evernight Publishing's anthology, Denying the Alpha.

Next week I'll be changing stories and getting into the holiday mood with my upcoming release, Bear's Beauty (A Christmas Realm Tale).
Have a great day!

“My brain gets it, my heart and my eagle don’t.”

“Well, send them the memo.” She glanced down at her books. “I have a lot to study and you already ruined my morning so leave me alone.” She bent down to retrieve her pen and returned to her text.

Kit shut the door behind him and the room, which wasn’t too large to begin with, became smaller, more intimate. It was just him and his mate. His vision shifted, becoming sharper, as if he were on a
hunt and had to locate his prey. This time, there was only one thing he wanted to devour: Kara. 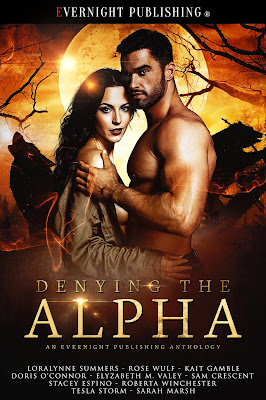