Happy Sunday before New Year's, everyone!

Today I'm sharing from Max's Desire (Alpha Protectors) as it's been nominated in the Best Fantasy category in Evernight Publishing Readers' Choice Awards. If you have a moment, and would like to vote here is the link.  https://www.surveymonkey.com/r/7Y7VWN5 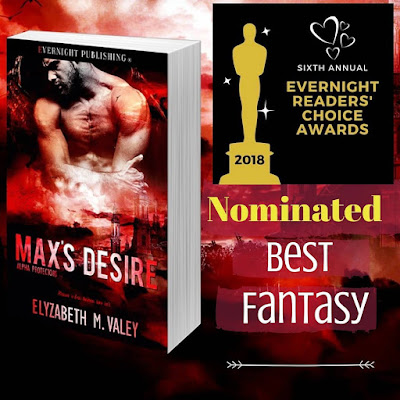 Hugs all around,
Elyzabeth

~ ~ ~ ~ ~
Therein lay the threat, for they were the portals into the
Sins’ lairs: Wrath, Sloth, Lust, Greed, Gluttony, Envy, and Pride. From almost the dawn of time, the seven monsters dedicated themselves to toying with every living being, wreaking havoc and despair wherever they went.
It was for that reason the Virtues created the Guardians. Max touched the tattoo on his left arm, he didn’t need to see it to be able to trace the half moon braided with tree vines and crossed over by a black arrow.
Vince Malum.

The two words were burned in his mind as if affixed there by a hot iron: Defeat evil. Destroy the Sins and maintain the balance. It was his purpose in life.

A burst of adrenaline rushed through him, and he glanced at the door at the back of the room. Carved in stone, the image of a sexless being mocked them, alluring at one angle and defying with its beastly form at another. Above it, written in the ancient language and glittering under the torchlight, was the name of one of the worst sins
known to mankind: Lust. 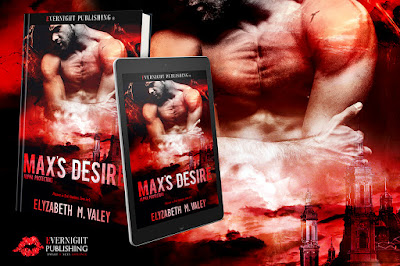 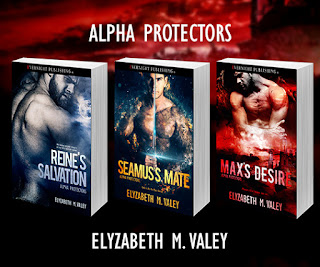