Apologies for being MIA but returning to work has been hectic, my muse has run off with one of my hero's and isn't sharing any information and I've just been feeling meh.

Also apologies  to my fellow authors because I've been unable to visit their blogs and I'm sure I've been missing out on some wonderful snippets!

Today's snippet is from a story I started writing a long time ago and never finished. Now, I'm considering going back to it... I'd love your thoughts. 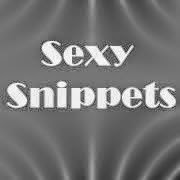 ~ ~ ~ ~ ~
She’d barely finished tying her shoelaces when something caught her attention. Leaves rustled in the forest in front of her but there was no wind, no reason for the trees to move. She walked toward the sound, stopping at the invisible line that separated the trees from the cement. Shivering she wrapped her mantle tightly around her and began to turn around. Then, she heard it. gasped. No. It couldn’t be.


She was far away and Feli had assured her the bunker was gone.

Her feet moved at their own volition, inching toward the sound that called to her like a snake charmer’s flute.