Missing the weekend? Start the week with some magic! #romance #paranormal #holiday 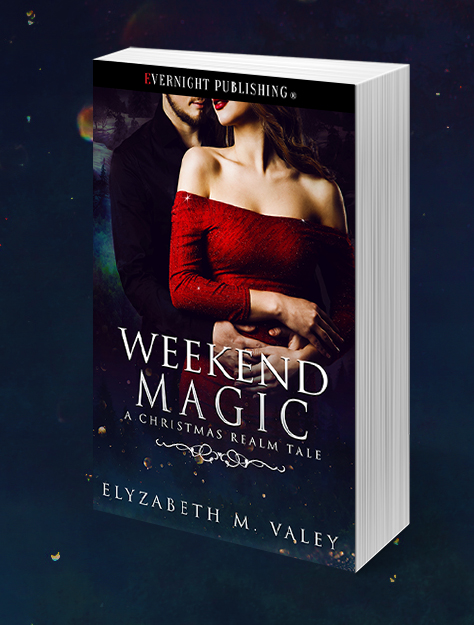 When Mia Ert gets an invitation to the Annual Christmas Tree Convention which takes place in August, the last thing she expects is for it to be at the North Pole in a place called the Christmas Realm, where every fairy tale creature she thought was mere fantasy is actually real. Convinced it’s a dream, she decides to make the most of it, especially when she meets her guide, Karnon.

Surely, a weekend of passionate lovemaking with a fiery human wouldn’t hurt anyone.

Elk shifter Karnon was only supposed to act as Mia’s guide into the magic of his world for a few hours, but when the sexy human starts to flirt with him, who is he to resist? After all, they told him to make her feel welcome, so he’s going to make sure she gets everything she wants, including a few mind blowing orgasms.

With both of them on the same page, nothing can go wrong. Except, will forty-eight hours be enough to satisfy them both?

Karnon’s gaze snapped to the front of the crowd where Fiona, his cousin, shouted enthusiastically. She was in her early twenties with flawless makeup and wearing one of those popular beanie hats, as well as the company’s shirt. “This tour will take you into the heart of our Christmas tree forest. We will explore the land, fertilizers, types of trees and how we take care of each one to bring the customer a Christmas tree which will fill their holiday with magic. Now, if you’ll please follow me.” Fiona headed for the trees. Her voice carried across the path they took, and she quickly warned the group to not stray from the road.
“It’s not dangerous out here, but the Arboretum is large and it could take us some time to find you. Besides, walking on the dirt could disturb the local flora and fauna. It is why my family, elk shifters, are the ones in charge of protecting this land. We become one with nature and thus, we are capable of identifying the trees which are ready to become part of the Christmas tradition. With that being said, today you will learn how you can choose the best trees. But first…”
Karnon tuned out his cousin. He knew the talk by heart, having helped her put on the final touches earlier in the day while Mia had been busy at a workshop on bow making. He lingered behind, forcing Mia to do the same.
“Karnon, we’re going to lose them,” she said.
“That’s the plan.” Grabbing her hand, he tugged her out of the path and through a thicket of trees.
“Karnon? Didn’t the guide just say not to do this?”
“Trust me. I know what I’m doing. I’m your personal guide, remember?”
“Yes, but won’t we get lost?”
“Sapling, I know these woods as good as the back of my hand. Just follow me. I’ll show you something which Fiona doesn’t show in her tours.”
They walked further into the forest. He tuned into his animal searching for the pine tree. The elk sniffed the air, taking in any out of place smells. It zeroed in on Mia. Karnon’s senses opened, dilating. Damn, if she didn’t smell good. Her musky arousal tinged with the perfume she’d splashed on and the soap she’d used to wash her hands. It was strokes of exotic fruit mingling with desire. He looked at her. She stared back at him, eyes wide, uncertainty spelled out in her gaze. He took a step in her direction.
“You smell good, Mia.”
She licked her lips, the nervous gesture traveling to his cock.
“Thanks.”
He took another step and she backed up.
“Karnon, what’s happening to you? Your eyes, they’re darkening.”
“My animal has taken precedence,” he said, his voice gruff to his own ears.
“Animal.”
“I told you I was a shifter.”
“Yes, you’ve got antlers. Is there more?” Mia took another step away from him.
“Much more and apparently being here with you is enough to withdraw the animal.”
Mia’s back hit a tree trunk and she gasped. He placed his arms at either side of her and dipped his gaze. Her eyes were dilated, lips parted as she struggled to make sense of everything. Her chest rose and fell with rapid breaths and there was a slight trembling in her teeth.
“Will you lose control?” she murmured.
Karnon cocked his head. He touched her cheek, running his knuckle across the soft skin and holding his palm there.
“I won’t hurt you, Mia, if that’s what you’re asking.”
She probably didn’t realize it herself, but her shoulders relaxed, giving him the opening he needed. Karnon swooped in, pressing his mouth to hers. Sparks flew across his lips, traveling over his body and sending an electric jolt through his entire being. His animal reared, awakening fully and claiming to be set free and taste more. It didn’t need to ask. He wanted it, too. He pressed closer, sliding his hands to Mia’s neck, holding her in place as he beckoned her mouth to open with a teasing of her lips. She did as he asked and he entered her, tasting, sampling, possessing every inch of the softness she gave him. Her tongue slid against his and he groaned at the seductive touch. He stroked back, every brush becoming more ferocious and fueling his libido. Mia arched to him, her body bumping against his erection. Hand on her ass he brought her closer. She ground against him with a whimper. Karnon growled and pulled back, panting. He had to be in her, make her his. Now.
“Mia.”
“Wow,” she murmured. “That was—”
“Delicious.”
“Incredible.”
“Why stop there?” he said. He reached for her again, pulling her hair out of its confines he sunk his fingers in her mane. Mia tilted her head upwards and licked her lips in invitation.
“Why indeed?”
Karnon kissed her again. Heat licked his flesh, consuming him, calling for him to be closer to her. His animal worked its magic within him, fueling his heart to beat faster and his chest to tingle with anticipation. He wanted Mia. Naked. At his mercy. In his arms. Screaming his name in pleasure. Breathing hard, he forced himself to slow down. As much as he desired her at this moment, he also didn’t want to rush it. He wanted to savor her and every second they spent together in each other’s arms. To make it so when they both returned to their lives in forty-eight hours, they would forever remember this weekend as the most passionate of all.

Get it NOW at 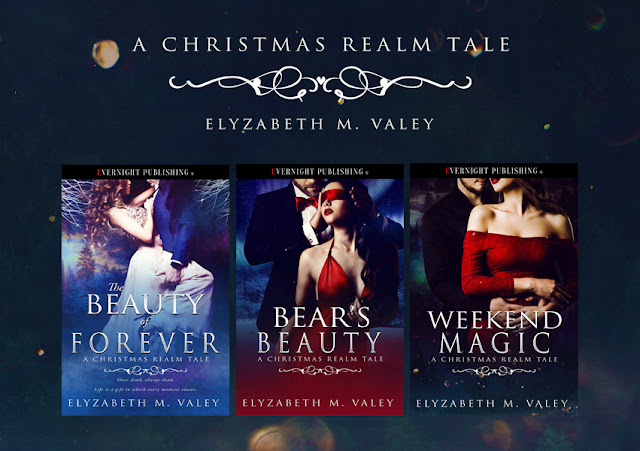