Today, I'm sharing another snippet from Break Me, which as you know, released last week. 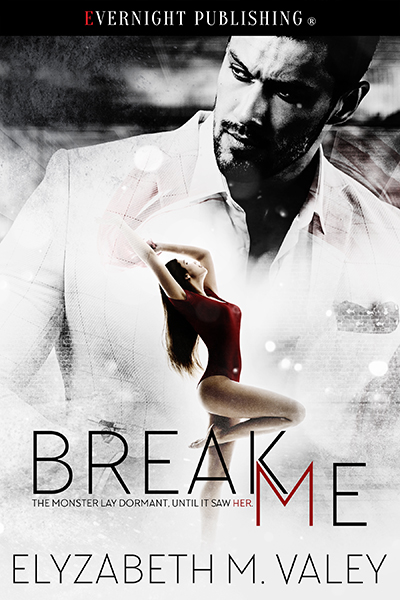 The monster lay dormant, until it saw her...


Every few years, the beast within Grisha Vasiliev rouses, clamoring for blood. When he sees Ayla Clark dancing, her movements exuding grace, passion and joy, he knows he must have her.
Grisha kidnaps Ayla expecting the usual: resistance, tears, pleas for mercy. But when Ayla breaks the mold, his whole world spirals out of control and feelings he thought he could never have again resurface.

The last thing Ayla Clark remembers is celebrating her performance as Giselle and flirting with the handsome Grisha Vasiliev, the owner of one of the most prestigious ballet companies in the country. Now, she’s tied up and at his mercy, begging for more of his attention, while fighting to keep her own secrets buried in the dark.

She turned. Her eyes flashed through his consciousness, wide and afraid. She squealed and dropped the shower head. Water sprayed everywhere. Grisha grasped her upper arm and dragged her out of the
tub. Her palms settled on his chest, burning like the embers of hell. She pushed and kicked at him. Her head moved from side to side, and though she spoke, he couldn’t hear her through the thrashing of his heart in his ears.

He pulled her closer, until her body was plastered against his. Wet. Slippery. Fitting against him like the last piece in a puzzle. His cock wedged between them, throbbing relentlessly, chanting for him
to claim her. She belonged to him. He threaded his fingers in her hair, pulling it. She yelped. Forcibly, he turned her head and smashed his mouth against hers. Ayla struggled.

She fought and rebelled against him, giving him the reaction he’d been expecting all along. Wanted. Craved. He relished the moment. He tasted her anguish. Her fear. It was more satisfactory
than watching her dance for her life.

It didn’t last. She melded against him. Responding. He swiped his tongue into her mouth and she hungrily welcomed it. Swirling. Entwining. Tasting. His mind blanked. Rationality fled. He drifted on
a plank in the middle of the ocean and she was paradise awaiting him. Salvation. He clung to her. Ayla moaned. She could save him. She had to.

Nothing would ever kill the monster within him. It fed on misery and despair because happiness didn’t exist. Perfection was unattainable. Things never lasted. This moment would end. They’d
drift apart. She would die and leave him like the rest, breaking his heart.

Grisha pushed Ayla. She stumbled backward and stared at him with luminous eyes. Cheeks rosy, chest heaving. Mouth swollen from their kiss. 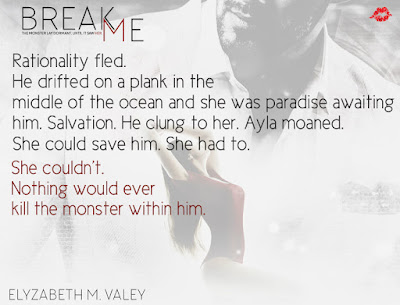