Happy Sunday!! I'm starting to get the nervous jitters that come with a soon to be released book and that's because The Lost Mercenary will be available for purchasing tomorrow! Yay! 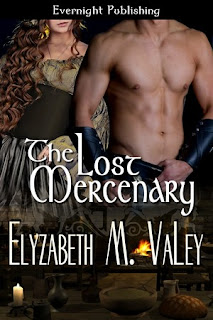 Blurb: All he ever wanted was a family and some land for farming. Instead, his dreams were ripped at the seams by a ruthless king. Choosing to become a mercenary, Gregorii has roamed the land clinging to a past he thought long gone until Emmeline stumbled onto his path. Now, his dreams resurface and hope re-emerges. The only problem is Emmeline’s defiance.

Emmeline has a secret. An important secret. A dangerous secret. Few know her mission. Fewer know her past. When Gregorii turns up in her life, past, present and future unite and her whole world threatens to crumble.


To begin the celebration (and there's going to be plenty more coming*), today's Six are dedicated to that very first moment when Gregorii and Emmeline get a little closer (if you catch my meaning *wink*).


She turned in his arms, splaying her hands over his hairless chest. He thought she would push him away then, but she remained still, watching him. Vaguely, he wondered if she could feel his erratic heartbeat beneath her palms. Her fingers twitched, the superficial movement arousing him further. Her eyes bore into his, unreadable. Tentatively, Gregorii reached out and brushed a strand of her hair behind her ear.