Where is the time flying off to? It's been almost a month since I joined WeWriWa, and in my defense, I will say, I have been writing nonstop. I have a release coming up sometime in March and another one in April, plus, Evernight Publishing said yes to Gambit, a story which will be joining their Reluctant Bride anthology in June.

Today, I'm going to share a snippet from Dichotomy (Club Lobo II), which is my March release. (Don't have any official date yet, but I've just sent back first round of edits, so it should happen soon).

She wasn’t a romantic at heart. She was a tiger shifter, and by nature they were solitary creatures. Tigers were headstrong, confident, and competitive. She appreciated her independence and the time to herself. When it came to sex, she liked to take the lead, to bring a man to his knees and make him beg for her sex.

She was, however, a rarity. Just as much as she enjoyed topping, she thrived on submission. Tigers were everything but docile, yet, for years she’d fantasized about meeting someone who embraced the other side of her. Someone who would understand her need to both dominate and submit and wouldn’t think less of her for it. Unfortunately, so far, at Club Lobo she had only met submissive men jumping at the opportunity to play with her, but none who would reciprocate. It was fun, but it didn’t fulfill her. 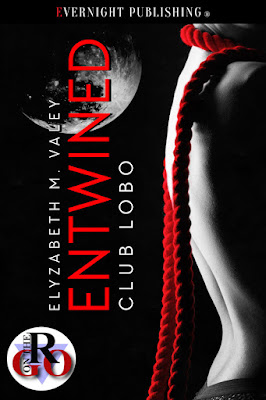