Greetings lovely readers! Today I have the pleasure of having with me fabulous historical romance author Shehanne Moore and her novel Loving Lady Lazuli. You might recall that Shehanne came to visit during the #TNTConfidential 12 Days of Christmas Special and that back then she didn't have a cover yet, only a very promising story. This time, she returns with more details on a novel that promises to keep you turning pages, a beautiful cover and a fun quiz! Without further ado, Shehanne and the London Jewel thieves. 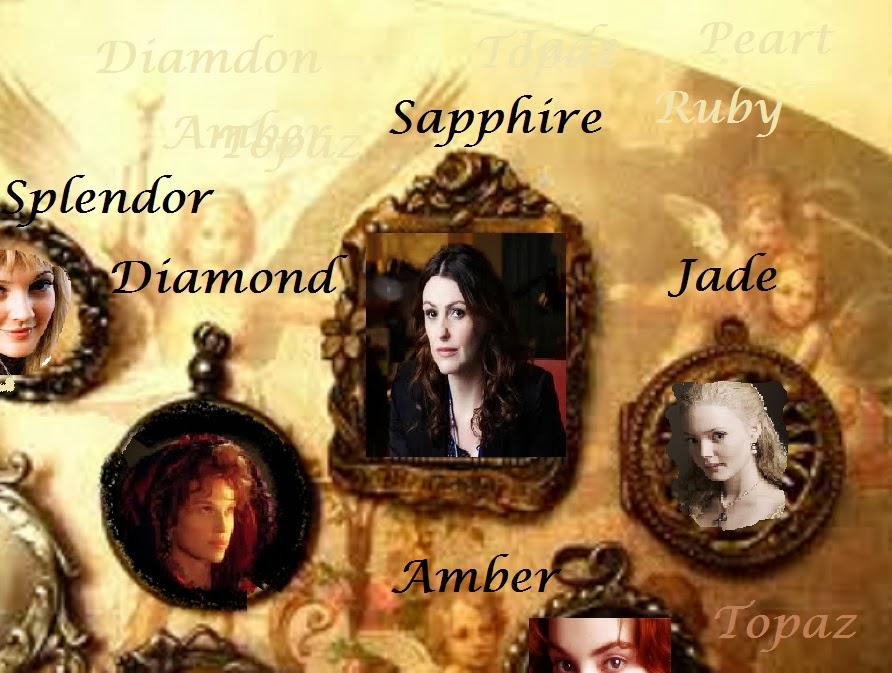 Elyzabeth, firstly doodling buddy, may I say what a great pleasure it is to be here again, drawing pictures with you on your fab blog. I think the last time I was here—after I jumped on you and twisted your arm a bit--it was to share Christmas anecdotes. I mean my new release is kindah Christmassy... Sort of anyway... In places...

But let’s not talk of that today. Let’s  talk about the lovely ladies pictured above. The London jewel thieves. Each one a gem in their own right. They’re not all in my new book but I’m hoping they will be in successive ones in the series. If you want to know more I’ve a tab on my blog:


For today I’m simply going to say ask your readers, so, you just pulled your latest heist and now you need to escape with the loot. Just how far will you get? In other words which jewel thief are you?

You’re stuck with a set of diamonds in a locked room. Do you

A. Think what a mess the girls made, I really need to tidy up
B. Don the chimney sweep’s outfit and start climbing.
C.  Cower a bit but hide under the desk till the coast is clear.
D. Not a clue. Just get caught. But drink that glass of wine first.
E.  Take down anyone who gets in your way
F. Panic and take off your clothes to woo some sexy man
G  Hope you will be rescued

It’s Christmas Eve and having nicked a necklace you accept a lift home but
the coach slows. Do you
A. Say the floor needs cleaned
B. Kiss the smexy guy and shove the jewels in his pocket
C. Say what is a necklace?
D.  Open a bottle of gin and offer some to the sexy guy
E Kill everyone including the sexy guy
F Leap out the coach and hope for the best
G Deny you are even here

A You wouldn’t be doing this
B. Keep going cos you know what you’ll get if you don’t
C Say what is a roof?
D Throw the sack away now you’ve been discovered. There’s more to life.
E Berate the world
F. Deny everything. You are carrying this for some smexy guy
G Say what silver plate?


You’ve had enough of old Starkie, the man who has enslaved you. Do you

A Clean up the mess after someone runs him through.
B. Fake your own death and run away
C Run away cos you’re told to
D Run away and hope there’s gin
E Run him through
F Take the first offer that comes along, especially if it’s from a smexy guy
G Put up with it. What else is there?

You are going straight but now you must steal again. What do you think?

A You were never a thief
B I said I was straight and I mean it
C Well, if people say so
D Long as there’s booze
E Never. Not if it kills me and itmight
F What is in it for me?
G  You would die first.

So how did you score? 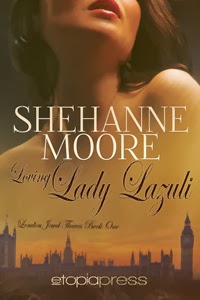 Only one man in England can identify her. Unfortunately he’s living next door.

Ten years ago sixteen year old Sapphire, the greatest jewel thief England has ever known, ruined Lord Devorlane Hawley’s life. Now she’s dead and buried, all the respectable widow, Cassidy Armstrong, wants is the chance to prove who she really is.

But not only does her new neighbor believe he knows that exactly, he’s hell-bent on revenge.  All he needs is the actual proof.  So when he asks her to choose between being his mistress, or dangling on the end of a rope, only Sapphire can decide…

What’s left for a woman with nowhere left to go, but to stay exactly where she is?

And hope, that when it comes to neighbors, Devorlane Hawley won’t prove to be the one from hell.

“That’ll be interesting.” Devorlane Hawley tossed his hair out his eyes. “You.” He jerked his head at Ruby.

He dragged a breath. “Unless you think I am somehow meaning the tree there? Fetch Lord
Koorecroft.”

Lord Koorecroft? The county’s most senior magistrate? A turn for the worse? Now it was a somersault. A woman who planked a stolen necklace on this specimen should not blush to say it was rape. She would have to if he fetched Lord Koorecroft, because then there would be the matter of what the damned man could say to Lord Koorecroft. Being dead and buried might not be enough to save her then. Not when her crimes had been dutifully reported by every newspaper up and down the land. She would hang.

“Lord Koorecroft?” Ruby smoothed a copper tendril of hair back from her forehead. “Whot soddin’ fer?”

“What do you think it’s soddin’ for? To accuse me of rape and molestation. It won’t be difficult. He’s at Chessington right now. You can cut through the hedge. Go on.”

“That’ll be shiny bright.” Fortunately Ruby could always be counted on to do absolutely nothing.

“What do yer think I am exactly? Yer bleedin’ servant?”

“’Ee got no roight after what ee—”

Barron made a strangled sound as Devorlane Hawley jerked the stick so hard across his windpipe,
Cass was almost jerked off her feet.

“I have every right. You all want Lord Koorecroft fetched, don’t you?” He huffed out a breath. “So let’s fetch him. I’m relishing the thought of the little chat I’m going to have with him about our Mrs. Armstrong here.”

Shehanne is a Scottus writer, a Dundonian by birth. She still lives nearby,  with her husband Mr Shey. She has two daughters.

What hasn’t she worked at while pursuing her dream of becoming a published author, which was why she was delighted to sell The Unraveling of Lady Fury to Etopia Press six days after subbing it  She sold her second His Judas Bride on the day Lady Fury released. Her third book, the first in a series,  Loving Lady Lazuli, will be released on 17th January 2014.

When not writing intriguing historical romance, where goals and desires of sassy, unconventional heroines and ruthless men, mean worlds collide, she plays the odd musical instrument and loves what in any other country, would not be defined, as hill-walking.