Happy April Fools, darlings! Today I have a wonderful visitor with me: Julie Lynn Hayes with her latest novel, Yes, He's My Ex and a post on comedy and romance. Enjoy!

Romance and comedy have gone hand in hand for many years. Although love has long been associated with drama and tragedy, it also has a lighter side, which has been explored by many authors throughout the course of literature, including Greek dramas. 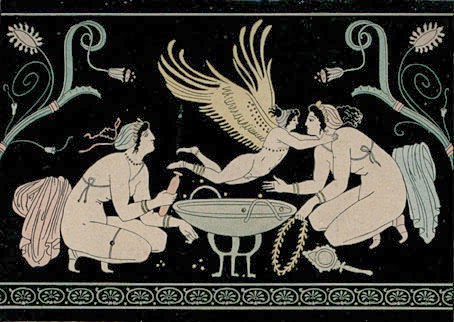 You may think the ancient Greeks were all doom and gloom and dues ex machine appearing out of nowhere, along with the exposition-heavy Greek chorus, but that’s not true. One of my favorite Greek plays was written by Aristophanes, and it’s called Lysistrata. In this play, the Greek women are pissed off because the men are always fighting, always away, and they’re damn tired of it. So they, under the leadership of Lysistrata, devise a plan. In a nutshell, their men aren’t getting any nookie until they find some way to end the war. As a result, the men walk around in this play with... well, with big stiffies, because the women won’t help them out with them. Very hilarious play, and one I recommend. 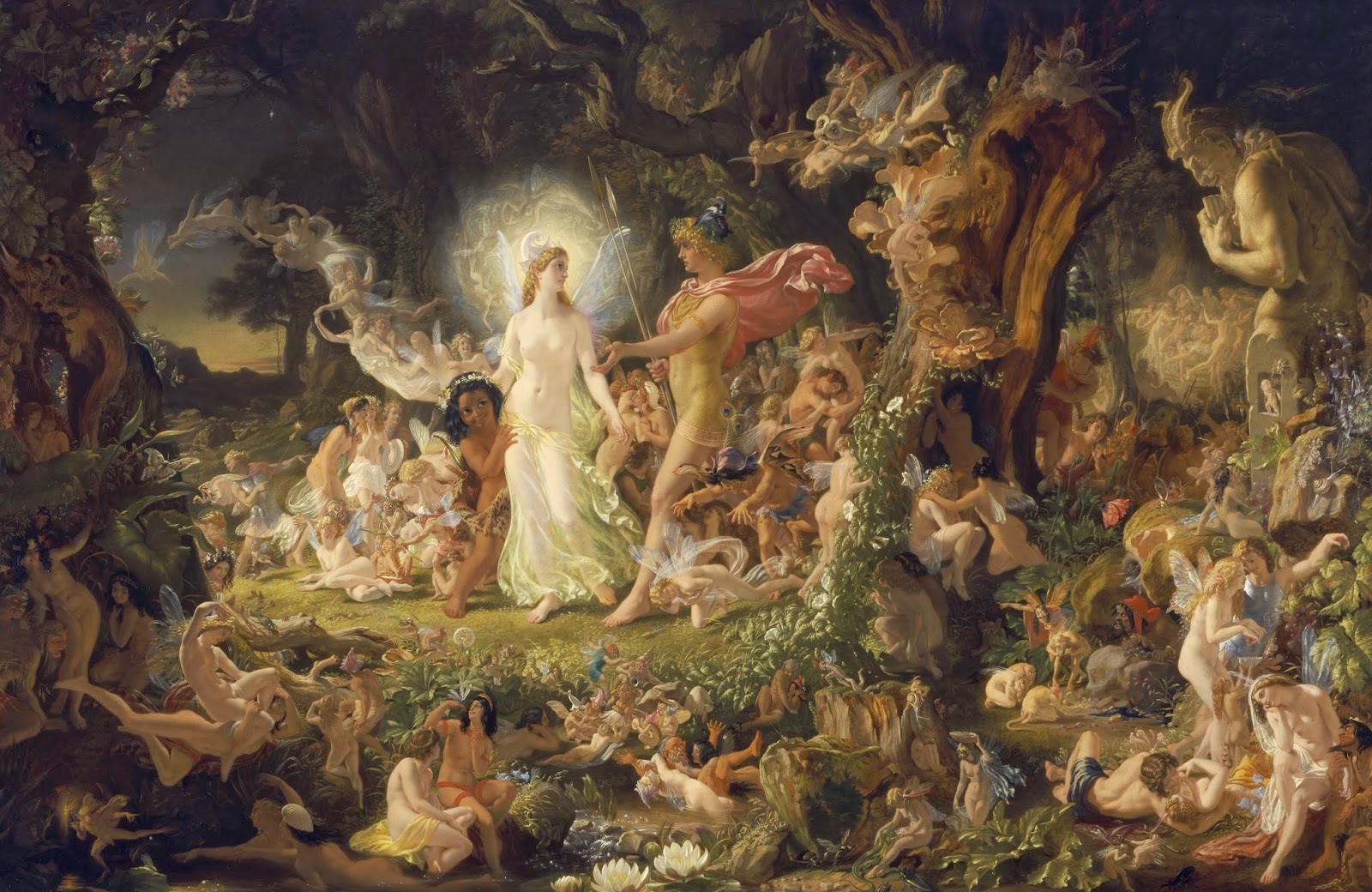 Another great example of comedy and romance can be found in Shakespeare’s A Midsummer Night’s Dream, by Shakespeare. In this story, there are two female friends, A & B. Girl A is in love with Boy A, and Girl B with Boy B, but Boy B also loves Girl A and doesn’t pay attention to Girl B. A little meddling, although well-meant, only adds to the confusion, as both boys now lust after Girl B, and in the meantime, another guy gets turned into an ass, and a fairy queen falls in love with him. Of course, by the end of the play, everything is resolved, and all’s well that ends well. But this is certainly an early example of comic romance, ala a screwball comedy.

A little laughter in a romance can go a long way. After all, they say laughter is the best medicine. A couple who laughs together stays together, right?

I am proud to say I have a new release with Dreamspinner Press, a novella called Yes He’s My Ex, which releases on April 2nd. This is something a little different for me. It’s a screwball comedy that’s rather quirky, and goes places you might not expect. It was a lot of fun to write, and I hope you enjoy it. Do you enjoy comedy and romance together? If so, what sort of situations do you find amusing?

Thanks for having me, here’s a peek at Yes He’s My Ex! 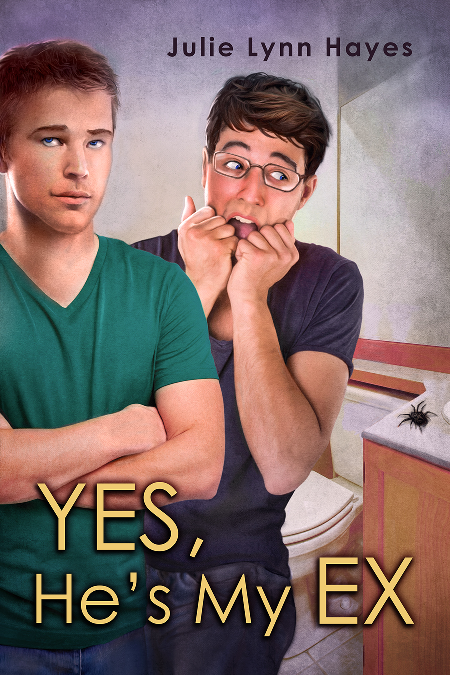 Sometimes Sonny Scrignoli forgets he’s Tim Mansfield’s ex. He waltzes in and out of Tim’s apartment like he still lives there, driving Tim crazy. Is it really so hard to remember they’ve broken up? Then again, maybe Tim should quit having sex with him.

When Sonny disappears for two weeks, Tim can’t help but be concerned. A strange phone call and a mysterious cry for help leads Tim on a desperate search for his ex.

Sonny’s in big trouble, and it’s Tim to the rescue! He’s the only one who can save his ex from a fate worse than death. Bumbling gangsters, a thick-headed former boyfriend, and secretive FBI agents lead Tim and Sonny on a merry chase full of laughs and quirks.

~~~Excerpt~~~
Sonny’s real name is Mario, but he’s been called Sonny since he was a small bambino, as his mother puts it, so Sonny it is. Sonny stands almost six foot tall in his bare feet, which are surprisingly small for a man, almost dainty. He has chocolate brown hair that grows thick but not long, and generally looks tousled; blue eyes so dark that sometimes they look purple in the proper light, framed behind silver wire spectacles; a generous nose and wide sweet lips which have been known to give the most amazing head this side of anywhere. Put that with the body of an Adonis, and you have Sonny.
I had Sonny, but not anymore. He seems not to realize that, though. At least not most of the time. Hence the part where I see him more often than should be considered normal for someone who’s my ex. Which is where I began.
Sometimes I think he forgets that he has indeed attained that past participle ex-boyfriend status. Granted, it’s only been six months. His mother tells me he just needs time to adjust, please don’t be too hard on her boy. Yes, I still see her too. On a rather regular basis, in fact. Hard not to, when she’s my mother’s best friend. Lucky me. Lia’s a nice lady, I love her to death. But she has this deep-seated belief that Sonny and I are going to get back together again, a belief he seems to share. Along with my mother. And most of our friends.
No one seems to listen to me when I say snowballs rolling along the floor of Hell have a better chance of survival than our relationship. Least of all Sonny. I guess that’s why he keeps coming over here, because in some strange deranged naïve corner of his mind, there’s still an us, and he isn’t an ex. So he wanders over whenever he wants. Sometimes he calls, sometimes he doesn’t. Today he called.
Sometimes I just get tired of telling him no. Some days I don’t even get that far. Today, I didn’t want to waste my breath, so I just said, “Fine. As long as you promise to behave.”
By behave, I mean quit assuming we’re going to have sex. Even if sometimes we do. I know, I know, he’s my ex, right?
Sometimes I just don’t know where to draw that fine line, I think. No wonder the boy’s confused.

Meet the author:
Julie Lynn Hayes was reading at the age of two and writing by the age of nine and always wanted to be a writer when she grew up. Two marriages, five children, and more than forty years later, that is still her dream. She blames her younger daughters for introducing her to yaoi and the world of M/M love, a world which has captured her imagination and her heart and fueled her writing in ways she'd never dreamed of before. She especially loves stories of two men finding true love and happiness in one another's arms and is a great believer in the happily ever after.

She lives in St. Louis with her daughter Sarah and two cats, loves books and movies, and hopes to be a world traveler some day. She enjoys crafts, such as crocheting and cross stitch, knitting and needlepoint and loves to cook. While working a temporary day job, she continues to write her books and stories and reviews, which she posts in various places on the internet. Her family thinks she is a bit off, but she doesn't mind. Marching to the beat of one's own drummer is a good thing, after all.  Her published works can be found at Dreamspinner Press, Amber Quill Press, MuseitUp Publishing, Torquere Press, and eXtasy Books, and coming soon to Wayward Ink Publishing and Prizm Publishing. She has also begun to self-publish and is an editor at MuseitUp.

You can find her on her blog at http://julielynnhayes.blogspot.com, and you can contact her at tothemax.wolf@gmail.com.