#TNTConfidential: Julie Lynn Hayes & When Will I see You Again

We're almost at the end of the  month, my darlings, but not yet. I still have two more authors stepping into the spotlight this week. The first one is the lovely Julie Lynn Hayes. She's right here with me and she brings a wonderful post about the moon (one of my favorite subjects as I find that orb in the sky deeply fascinating)  and her latest release, When will I see you Again. Welcome Julie!

“O, swear not by the moon, the fickle moon, the inconstant moon, that monthly changes in her circle orb...”
William Shakespeare, Romeo and Juliet
“Cold-hearted orb that rules the night
Removes the colors from our sight
Red is grey and yellow white
But we decide which is right
And which is an illusion?”
Moody Blues, Nights in White Satin/Lament

The Moon is one of the most highly anthropomorphized heavenly bodies, in poetry, music, and film. The moon is both villain and hero, blamed for the madness of men on the one hand and praised for her encouragement of lovers on the other. The word lunatic derives the old French lunatique, lunage, or directly from Late Latin lunaticus “moon-struck”, from the Latin luna “moon.” And of course we all know there is a man in the moon, who lives off of the cheese the moon is made from! 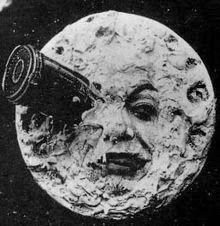 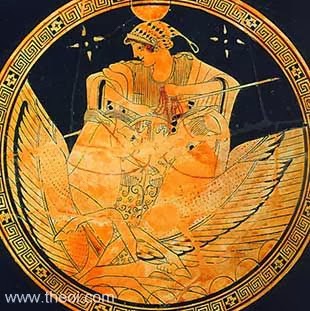 In Greek mythology, Selene is the goddess of the moon. Her siblings are the sun-god Helios and Eos, goddess of the dawn. Her name most likely derives from selas, the Greek work for light. Her brother Helios is often identified with Apollo, and is referred to as Phoebus, while Selene, identified with Artemis, is also known as Phoebe.
The ancient Greeks used gods and goddesses to help explain the natural world around them, such as the rising and setting of the sun and moon. The moon must have been particularly mystifying with her seemingly constant changing—waxing and waning as each month progressed, completely disappearing during the time of the new moon, and then reappearing in all her glory during the full moon.
Even today, there are people who believe that the moon is an influence on their lives, besides the pull she exerts on the tides. One example is the monthly cycle of women, menses sharing a common root with the Greek words for moon and month. Some people believe that the moon affects their moods.
And then there are other creatures that are more directly affected: werewolves.
What is it about the full moon that causes this phenomemon?
An Australian study among emergency patients with violent, acute disturbances comparable to werewolves found that a quarter of those admitted to a small hospital north of Sydney occurred on the night of the full moon, double the number for other lunar phases. Some people were reported to rub themselves with a special ointment, to induce the transformation to becoming a werewolf, an ointment often containing belladonna and nightshade—well known for their hallucinogenic qualities. In modern times, these ointments have been replaced by alcohol and drugs.
Werewolves are not necessarily just the stuff of legends. There have been reported werewolf sightings in Wisconsin that go back to 1936. Cases of people who believe themselves to be werewolves have been reported in various scientific journals, including The Canadian Psychiatric Association Journal. In 16th century Germany, a farmer claiming to be a werewolf was dealt a very unpleasant death by frightened townspeople. As for literature, werewolf stories go back many years, including the epic Gilgamesh, written 4,000 years ago. 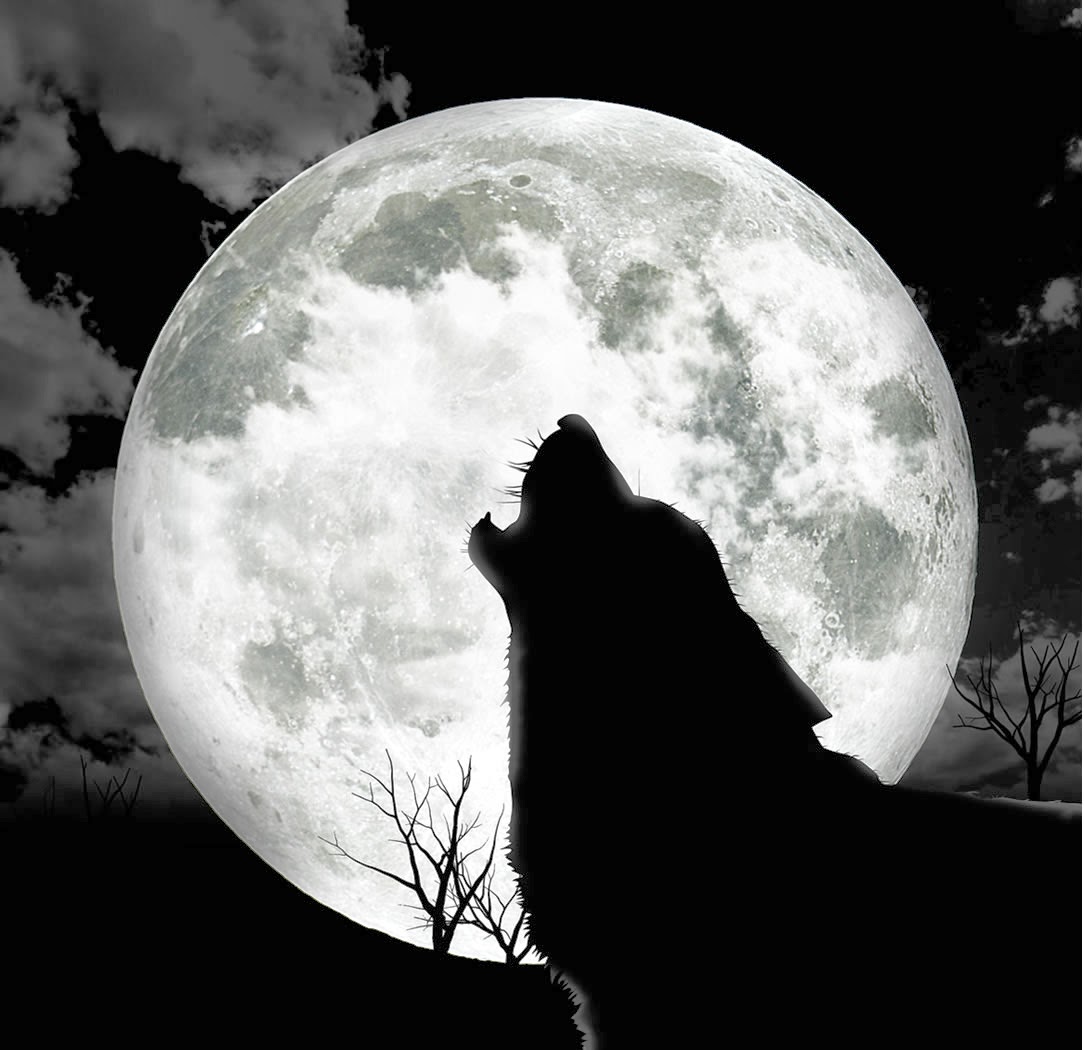 For a werewolf, the moon is a cruel mistress indeed, one he or she cannot evade. She must be obeyed on that night, for nothing short of death can stop the change. But what if there were a drug that could control the change, control the beast within? Would that make being a werewolf more palatable? More acceptable to society at large? 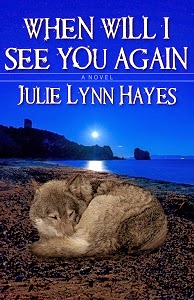 When Will I See You Again takes place in a time when the presence of werewolves and vampires among the general populace is known and accepted, largely because of drugs that control any baser animal instincts. SL57 is the werewolf wonder drug, short for SomnioLupus, otherwise known as Wolf Trank. In the small seaside town of Crescent Bay, people come to the famous nightclub Charisma, mostly because of the charismatic man who is one of the best-known supes in the area: Raoul Marchand. Raoul is a regular party animal, one who lives but to have a good time, and who cares for no one and nothing. But he hasn’t always been this way...

Raoul Marchand is the crown prince of Charisma, the infamous night club in Crescent Bay, renowned for its supernatural clientele. He has the pick of any and all men, but he cares for none. He uses them and throws them away again, and has done so for some twenty years, in the aftermath of a tragedy that robbed him of what he loved most in the world.

Alexx Jameson is an idealistic young would-be reporter with the Crescent Bay Chronicle. Presented with an opportunity to write a story on the Marchands, he eagerly grasps the chance to be a real reporter. His friend, Chronicle receptionist Miller Fenwick, suggests they go to Charisma to do a little research. Alexx isn’t sure that’s such a great idea. After all, he’s still under age, being only twenty. No problem, Miller can fix that! Added bonus, there’s a full moon tonight.

When Alexx first encounters Raoul, it isn’t exactly in the way he dreamed of, and he’s sure he made a terrible first impression. But Fate throws them together under unforeseen circumstances, and the attraction between them can’t be denied. Can Raoul let go of the past long enough to find his future with Alexx, or is he doomed to repeat past mistakes?

Alexx drew in his breath in dismay. This wasn’t going well. Even so, he could not stop staring at Raoul. His eyes met the other man’s. Raoul’s were very golden; he wasn’t aware such colors even existed in the spectrum of the human eye. But then again, he didn’t have any friends that were werewolves either. He wondered if this was a sign that perhaps this man was about to change, right here and now?

The thought was both exhilarating and frightening.

Alexx’s vision telescoped until he wasn’t aware of anything but this gorgeous man in front of him. Blood pounded in his ears and his mouth felt suddenly dry. Having lost all sense of the others in the room, he was surprised when he felt his chair yanked out from under him. Before he could fall, a hand grabbed the scruff of his neck, propelling him to his feet. He glanced at his companion; Miller was being subjected to the same surly treatment.

“You waste my time for this?” Raoul’s upper lip curled back in a snarl. Alexx found himself wildly attracted to him. “I have somewhere I need to be. Paolo, please show these gentlemen out.” Sarcastic much? He turned and reached for the door, but it opened before he touched it.
A shaggy blond with hazel eyes and a cheerful countenance stuck his head inside. “Hey Paolo—” He interrupted himself at the sight of the occupants of the room.

Alexx heard Miller’s sigh of relief, even as he too recognized the newcomer. He’d seen him around the Chronicle often enough, although he’d never really spoken to him. Foster Levine, son of the Chronicle’s owner—heir apparent and future newspaper magnate.

Alexx’s relief quickly changed to anxiety. What if Foster knew how old he really was? He couldn’t be sure one way or the other, but for the sake of argument, he had to assume he did. Would he out him to Raoul Marchand and his burly minion? Had they simply jumped from the frying pan to be scorched by the fire?

Julie Lynn Hayes was reading at the age of two and writing by the age of nine and always wanted to be a writer when she grew up. Two marriages, five children, and more than forty years later, that is still her dream. She blames her younger daughters for introducing her to yaoi and the world of M/M love, a world which has captured her imagination and her heart and fueled her writing in ways she'd never dreamed of before. She especially loves stories of two men finding true love and happiness in one another's arms and is a great believer in the happily ever after.

She lives in St. Louis with her daughter Sarah and two cats, loves books and movies, and hopes to be a world traveler some day. She enjoys crafts, such as crocheting and cross stitch, knitting and needlepoint and loves to cook. While working a temporary day job, she continues to write her books and stories and reviews, which she posts in various places on the internet. Her family thinks she is a bit off, but she doesn't mind. Marching to the beat of one's own drummer is a good thing, after all.  Her published works can be found at Amber Quill Press, Dreamspinner Press, MuseitUp Publishing, Torquere Press, and eXtasy Books. She is also an editor at MuseitUp.