Happy Tuesday, darlings! It's a #TNTConfidential author spotlight day again and today I have a lady you all might know well: Iyana Jenna is dropping in with her Amazon best seller Improvise.

Hi Elyzabeth, thank you again for allowing me to visit your blog. So here is a bit about my recent release, Improvise. 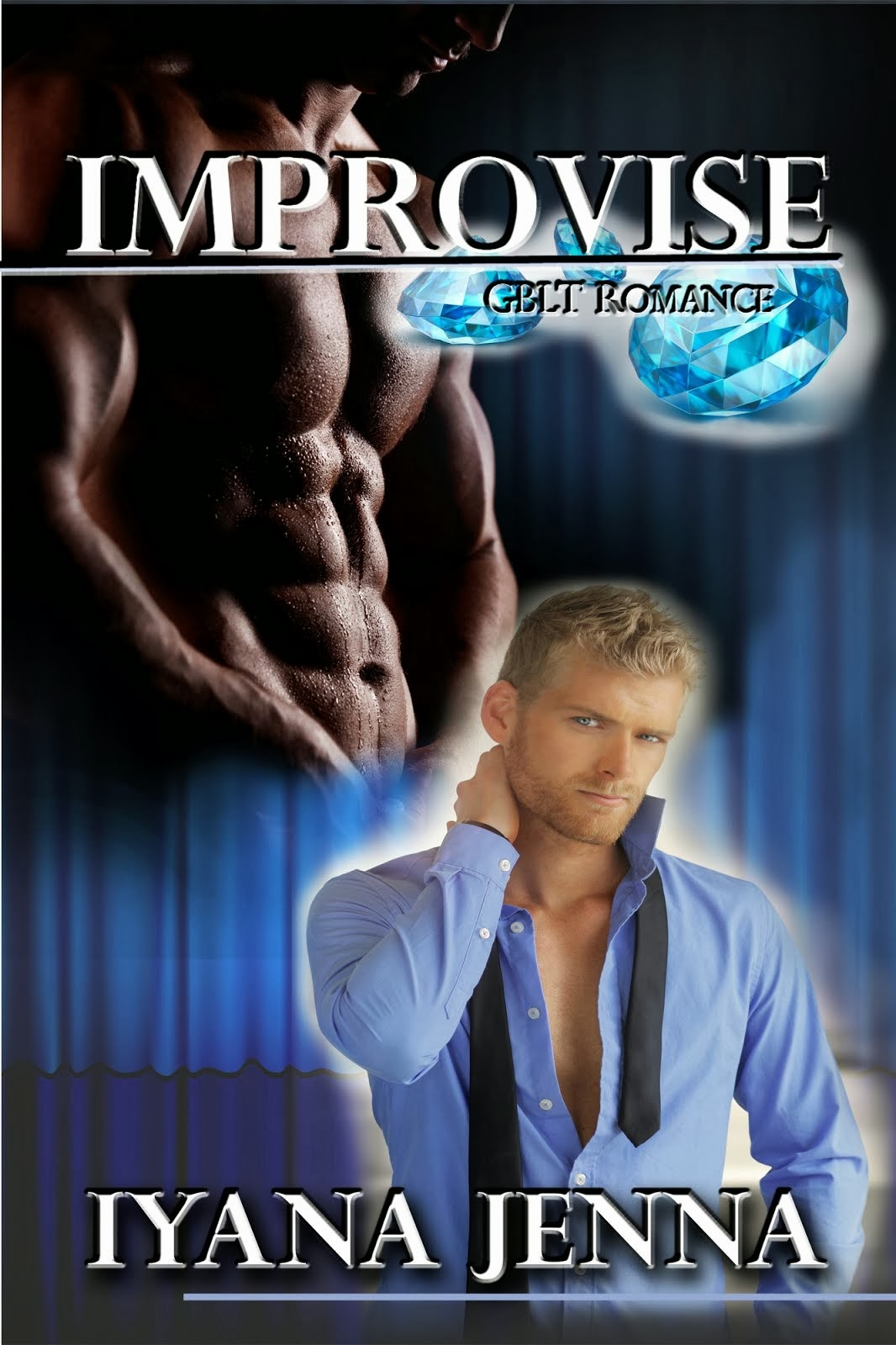 A stage actor, Tim Gregory found someone had broken into his changing room and turned everything upside-down. When insurance investigators Brent Sullivan and his partner came to see him, he it was to answer to his previous call. It turned out that the agents wanted to question him on a missing necklace that was stolen some time ago.

Tim felt as though he was looking at his own reflection in the mirror, only a few years older. His dad was very young when he had Tim, and everyone agreed he had aged well. Tim had his dad’s eyes and lips—something that somehow made his dad very proud. That was when he didn’t seem infatuated by his own son. Tim wouldn’t willingly stay in a room alone with his father. Simply looking at him from across this glass panel made Tim wary.

“My son.” Paul smiled like a predator. “You’re such a sight for sore eyes. I’ve missed you, boy. What brings you to this lonely corner of the world?”

Tim had only come to get some answers, nothing else. He certainly didn’t plan to indulge in small talk. “Dad, you lied to everybody. Why?”

Paul kept beaming. “I don’t know what you’re talking about.”

“Cut it out, will you? I’ve got men messing things up at my place and insurance investigators on my tail. Tell me, what are you hiding and where?”

Paul’s face hardened and his fingers tightened on the handset. He leaned forward, almost pressing his nose at the glass panel. Tim resisted the urge to pull back.

“What did you tell them?” Paul hissed. He glanced back at a guard standing with a bored face.
“Nothing. I had no idea what they were talking about, what your friends were looking for. Tell them to stay away from me. You are—I don’t want to have anything to do with you.”

As if he hadn’t heard Tim’s words, Paul gritted his teeth. “The necklace is mine. Don’t you dare lay your hands on it.”

“Fuck you and your necklace. I don’t even know where it is. I don’t want to know and I don’t care.”

“Keep your voice down, damn it.” But Paul’s face showed puzzlement. He hissed, “What do you mean you don’t know? My lawyer gave it to you on the second day of the trial.”

“I don’t, okay? Do I need to spell it to you? I never received anything from your lawyer.” Tim huffed. “Then it must be with your lawyer. Now tell your friends to leave me alone.”

“They’re not my friends, leaving me to rot here all by myself. By the way, my lawyer couldn’t have known. I put it in a thick sealed envelope. I saw myself when he gave it … wait.” Paul frowned. “That’s right. He didn’t give it to you.”

Iyana lives in Jakarta, a city famous for its traffic jams, a lot of cars and motorcycles, and people selling stuff on the roads. You can spend two hours on the road going to a place you can reach in half an hour in a normal situation. Thanks to the traffic jams, though, Iyana can come up with a lot of stories, mostly shorties, as she prefers to spend the time during her trips writing into her cell phone rather than sleeping.

Another thing Iyana loves is kitties. Right now she has five of them. Their names are Larva, Nyil, Cil, Mermood, and Horus. When she doesn’t write, she plays with them, or they would play with her when she writes.

Get in touch with Iyana at: