Whether you're an author or not, you've heard it before: All authors drink.

This is the mystery we're going to try to unravel here at the blog and is why starting today I'm officially opening In A Dream's Beyond Happy AUTHOR Hour open bar! 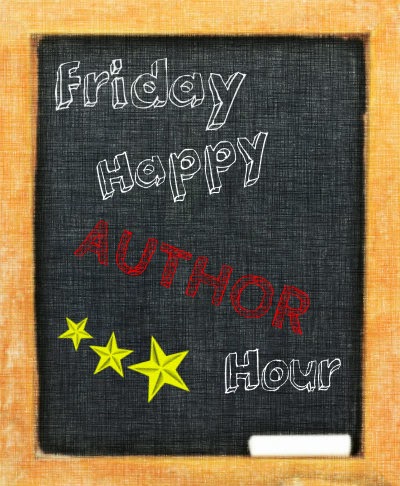 Every Friday an author will stop by with their favorite drink, a recipe (if available) and of course, a little something for you to add to your TBR list.

Inaugurating this new section is none other than the fabulous Antonia Van Zandt. Prepare to be dazzled with this yummy concoction! 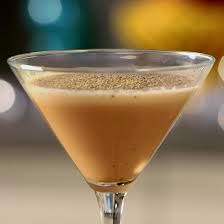 Brandy Alexander – Lust in a Glass

I love a drink with a history. And this one certainly ticks all the boxes. Its precise origins are disputed. Some sources say it got its name from the Russian Tsar Alexander II, others that it was created for the wedding of British King George V’s daughter, Mary who married Viscount Henry Lascelles in 1922. Drama critic of The New Yorker – Alexander Woolcott – insisted it was named after him.

Whatever the origin, this drink enjoyed its heyday in the 1920s and 30s, but has been revived many times since. It appears in Mad Men, Cheers, Brideshead Revisited – even The Mary Tyler Moore Show!

To me, its charm lies in its divine decadence. It is a rich, lustful cocktail, with a wandering eye. I’m not alone in thinking this. Canadian singer, musician and songwriter Feist wrote a song about it, featured on her album, The Reminder. If you listen, you’ll see what I mean. So go on, indulge yourself. Here’s the recipe:

Directions
In a shaker half-filled with ice cubes, combine the brandy, creme de cacao, and half-and-half. Shake well. Strain into a cocktail glass and garnish with the nutmeg.
Ready? Now grab your drink, curl up in your comfiest chair and listen to Feist:

Antonia van Zandt grew up in the ancient city of Salisbury and is related to deposed European royalty. She now lives in Vienna, Austria with a collection of family paintings and a menagerie of cats 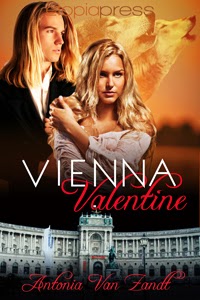 Vienna Valentine
On a hot summer’s night in Vienna, wolves dream of passion...
Escaping from a disastrous marriage, Nina comes to stay with friends in Vienna for a much-needed holiday. Love is the last thing she’s looking for, but when she sees the hot couple in the apartment below making love on their balcony, she can’t take her eyes off them. When they invite her to join them for a night of pleasure, how can she refuse? Captivated by the handsome, seductive Karl, Nina agrees and has the hottest sex of her life. It’s just supposed to be a bit of fun. A one-night stand.
But one night of passion with this gorgeous, mysterious man is not enough. There’s something unusual about him. But what is his secret? And why won’t he let her look at him when they make love? When she finally learns the truth, Karl’s life hangs in the balance, and Nina must leave, never knowing if she’ll ever see him again…