I am officially on holiday and have been on holiday since Thursday! Wohoo! Days of rest, reading and writing are ahead.

As for today, I have a few more lines for you from Bear Heart. Last week, (You can read that here, if you didn´t have a chance.) I gave you a peek of the women Simon was scenting. He loves the laughter of one of them, the sound full of spirit, but what other reaction did he have?  Read on to find out.

Enjoy! And thanks again for reading, commenting and sharing!

ps: Just as a head´s up, I´ve skipped a few lines to get to today´s snippet.

~ ~ ~ ~ ~
Unable to stop himself he moved a little closer. He craved to hear her speak. How much time had passed since he’d spoken to another human being? How much time had passed since he’d been with a woman? He clenched his jaw together as the redhead´s curvaceous body caught his attention.  Lust coiled in his veins and he was unable to stop the bear like growl that burst from deep within him.
Damn.
He stopped in his tracks and glanced at the women. They were no longer smiling. 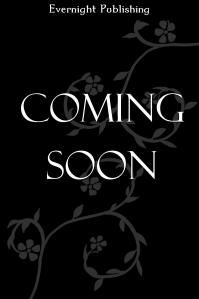 By day a bear, by night a man.

Half a century ago Simon Lancaster loved a woman. But when he committed a crime and was seduced by a witch his fate was sealed. Forced to live as a shifter by day and human by night, he becomes hopeless.

He believes there is nothing left in life for him. That is, until he meets Margaret O'Hare. An unconventional woman, Margaret makes him feel whole again, but he doesn't know if he can allow the walls he has erected around his heart to lower, no matter how much he grows to care for her.

As their time together has them becoming closer, he starts to trust and love again. But a happily ever after might not be in Simon's future as dark shadows emerge to destroy what he has built with Margaret.
Posted by Elyzabeth M. VaLey at 12:00 AM