Hello lovelies! I'm back this week with a short piece that adds a few more words to Light of Time. I must admit that inspiration was slow to come this week... regardless, here it is and I hope you enjoy!

*If you haven't read previous chapters just head to the tab at the top that says "Wednesday Briefs" and Click on your chapter of choice.*

The door flung open before she reached it.

“Lady Bethany." Relief was clear on John's lined visage as he stepped outside to greet her. Bethany smiled at the familiar sight of her butler wearing his black suit, crisp white shirt and gloves."We were worried sick.” He said, pulling her in for a hug. Bethany hugged him back, enjoying the familiar scent that followed the old man ever since she could remember.

"I'm glad to be back," she said, smiling warmly at the man she considered more of an uncle than a servant. Her bubble of happiness burst as Hodgins, still standing in the street below holding his horse, loudly cleared his voice. John's gaze wandered toward him, his face losing its color at the sight.

"He's my guest, John. It's a long story, but don't worry. Just get him inside before anyone else sees him. He's not exactly descreet."

John chuckled a bit of his old self shining through. "No, that he isn't for certain."

“Thanks John." Kissing him on the cheek she went inside not bothering to see how John dealt with the impertinent General.

"Home, sweet, Home." Taking a deep breathe, Bethany took a moment to savor the security of being surrounded by her familiar walls. She heard John's voice filtering through the partially open door and a few clanks coming from the chicken. The old grandfather clock in the waiting room chimed loudly indicating the hour. Everything was as it should be.
“Nana, nana?” She called for her elder nanny, hurrying down the hall to her bedroom. She found her where she knew she would: sitting on her bed, holding her childhood teddy bear and shedding tears.
“Nana!”

“My little girl, my little girl. I thought that wicked man had killed you.” She flung herself into her arms peppering kisses on her cheeks as tears streamed down her face. “And I couldn’t call the police because I wasn’t supposed to know you were meeting him and I didn’t know why you were gone and I thought I heard your voice but then I thought it was my imagination—“

“Hush, hush, it's all right Nana. I'm all right and that wicked man is not that bad." Nana's brow knitted as she glanced up at Bethany through tear stained eyes.

"He isn't? Then why have you been away without getting in touch?"

Bethany forced a smile on her face. "He's complicated. He's been through a lot and I don't think he's used to having company, especially female company."

Nana's eyes narrowed and her lips parted, as if she were about to say something. In an effort to make her lose her focus, Bethany hugged her again.

"Besides Nana, I think he might have some answers regarding Grandaddy's death."

"Aw, little girl, do you still think--" She left the thought unfinished, the talk of murder never once having crossed Nana's lips, yet Bethany knew that she also suspected.

"Yes, I do think Grandaddy was murdered. His health was good, Nana, and the horses were in good shape too. His death was no accident and I'll find out what happened even if it kills me."

Bethany smiled. "All right then, no talk of death. How about a bath and some food, can we talk about that?"

The older woman laughed. "I'll help you draw a bath and ask Suzette to get a meal ready. Her eyes narrowed and her mouth twisted as if she'd tasted something foul. "Do we feed him too?"

Bethany grinned, entertaining the thought of having him go hungry. “Yes, I dare say we should, but let's make him wait for it.” 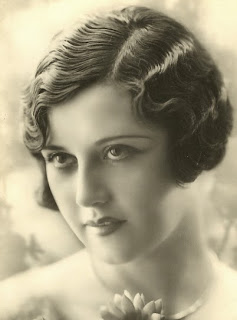 Half an hour later, feeling refreshed after a hot bath and a clean change of clothes, Bethany returned to the drawing room. Her heart did a little skip at the sight of Hodgins. He stood with her back to her, his tall, masculine frame filling his pinstriped suit perfectly. His long blond hair hung in a ponytail almost to his waist and she wondered why he kept it long. Straightening her posture, she entered the room with imposed self confidence. She knew she should hate Hodgins, or at the very least dislike him substantially, but he puzzled her. It was true what she'd told her Nana, Hodgins himself had admitted it: he wasn't used to company. That made her feel sorry for him, whilst his calm demeanor got on her nerves. Then there were all his mumbled innuendos about blood, death, war. What had happened to him?

He didn't hear her come in, or at least didn't acknowledge her presence until she stood at his side.

“She was my grandmother. Grandaddy said she loved flowers so he created that piece for her to wear.” Bethany played with the peace of jewelry around her neck, also a creation of her grandfather, while observing the painting above the mantelpiece.

“It’s not a real flower?” Hodgins asked, tilting his head to look at her.

Bethany shook her head. “No, it was made out of white glass. One of grandaddy’s successful inventions.”

“It’s remarkable, but so is she." Hodgins paused. "There’s something about her gaze. I can’t really pinpoint it. Something mischievous and mysterious at the same time. There's fire in her.” He shrugged, as if embarrassed at sharing his thoughts.

Bethany laughed. “Why General Hodgins, if you weren’t such a heartless bastard I’d say you’re quite taken by my grandmother.”

“That’s only because she reminds me of you, Lady Bethany.”

Don't forget to visit the rest of the awesome Briefers: