"peanut butter jelly time" or use the alternates:


use: fish, magic, investment or

"dreaming in the quietest moments" or

use some sort of dessert or

At first I didn't know what to write but suddenly it came to me! The result is part 2 of this story which I started back in April. Click Here, if you'd like to read it before getting into this one. Enjoy! And as always, remember to visit the other awesome flashers (links below). 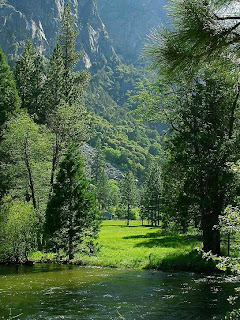 
“Why did you save me?” his voice came out rough and he hurried to clear it.


Evangelina shuffled her feat and glanced over his head into the darkened city outline outside. “I’m not sure. Pity, compassion, a fleeting thought.” A sorcerer’s prediction.

“You saved a demon out of compassion? What is wrong with you?” he hissed. Lucas sat up straighter, taking in the dragoness’s luscious figure. She shifted slightly, her mouth parting as her eyes flew to his face. He swallowed. His mouth was dry and his hands itched to feel the softness of her skin against his. She took a step towards him and he roughly shook his head.

“I better get dressed.”

He nodded and lifted his face to watch her go back into the bathroom. He fisted the sheets covering him, trying to mask the powerful surge of lust that was almost commanding him to stand, go to her and make her his. What was wrong with him? He passed a hand through his hair, ruffling it. She was a dragon, he was a demon and their people had been fighting against each other for decades. Demons hated dragons for their powerful magic. Dragons hated demons because - he shrugged unconsciously - they were demons. Humans described them as evil, lovers of chaos and destruction and they were spot on. He did not know a single demon that did not thrive in war, famish and pain. They were the messengers of bad news.

Dragons on the other hand, had fantastic magic that allowed them to live peacefully among humans and to protect those miserable creatures from their turmoil. And now, he was here. He looked around the small apartment. Resting in a dragon’s lair, rescued and healing by dragon’s magic. The bathroom door clicked and he lifted his gaze. Lusting desperately over a dragon. The woman returned into the room rubbing her red tendrils in the blue towel and dressed in jean shorts and a large grey t-shirt that did nothing to hide her curvaceous figure. He followed her movements as she walked around the bed and towards the windows, dropping the shades. She stood there for a second, absentmindedly drying her hair, seemingly lost in thought.

“What is your name?” he asked, desperate to break the silence.

Evangelina turned around to face the demon. How did she explain that she had saved him because of a prophecy?

“My name is Evangelina.”

He raised an inquiring eyebrow but said nothing more. They remained silent, both of them seizing each other up. She wanted to look away but the heat in his gaze held her in place. Her breath hitched as she imagined running her fingers down his chest, licking her way from his neck to his shoulder, biting at the soft spot in between. Her nipples poked through her shirt, uncomfortably hard, begging for his attention. She had no doubt that he could see them.

“How do you know me?” he asked, suddenly.

“Your feats are not unheard of.”

Unexpectedly, he was upon her, his calloused hands grabbing her hand and spinning her to face him. She gasped, dropping the towel. He kneeled on the bed, towering over her, his grey eyes boring into her. She knew she should not have walked so close to the bed.

“When I looked into your eyes I saw meadows. Why?”

“Meadows?” She blinked, the question taking her by surprise.

“My home. Not all demons are the same. We don’t all come from the same place and I don’t understand why--”

“Where do you come from?”

Lucas looked up into Evangelina’s eyes. Green as the fields in which he ran as a child. Green like the world he used to know. His wounds burned and he knew that he had probably reopened a few gashes. He could not care less. Evangelina stood a breadth away from him. She was shorter than him, and yet her presence was overwhelming. Desire rushed fiercely through his veins pumping into his cock that stretched and awoke with fury.

“I rather not talk about that right now.”

Before he could decide whether it was right or wrong, he was crashing his lips against hers. She moaned in his arms and his cock jumped excitedly, pleased by the sound. He drew her to him, her soft hands landing on his chest. She nibbled on his lip, demanding he open up for her and he eagerly accepted. His tongue slipped into her mouth, taking possession of every inch. Her nails skimmed over his chest and he growled, pulling her onto the bed with him. They toppled backwards, losing contact. Briskly, she pulled away, rushing to her feet. She glanced down at him, her eyes wide, her mouth parted and ripe from their kisses, her chest heaving with heavy breathing.