Today I'm sharing a snippet from Spread (Lust, Love and Darkness). I've just started writing the last book in the series and though progress is slow, it's still ongoing.

She didn’t comment, no doubt too nervous at this point to say much. The first time he’d shown anyone his art he’d also been scared shitless. The file loaded and opened. His eyes widened. The shading, the contours, the bird had a vividness to it he wasn’t sure he’d be able to reproduce in ink. Vivienne was right. Betty was talented.
“You want that on your breast?” he asked, still trying to take in the detail of the picture and envision it on flesh.
“Yes,” her answer was adamant, and he glanced at her. “To cover a scar,” she said softly. 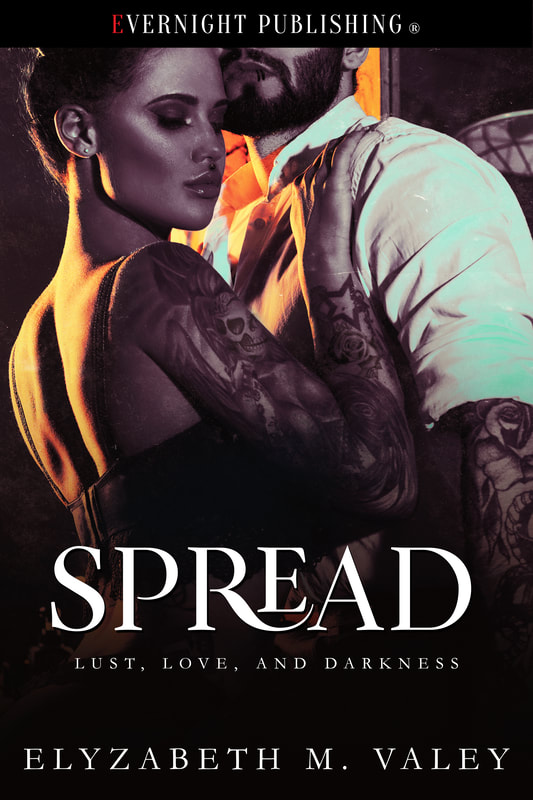 That’s the amount of time Betty has to hang on to her sanity. The time she needs until another of Antonio’s deathversaries rolls by. Four more days before the nightmares subside and the memories return to the past.

The problem is life around her doesn’t stop, and when she meets Rayden, long forgotten passion sparks to life. But can she move on with Antonio’s ghost looming over her?

Rayden hasn’t forgotten. Nor has he ever forgiven himself. When Betty comes into his tattoo parlor, he realizes who she is and even at the cost of his libido, he is determined to help her follow her dreams.

Time ticks fast and as their desire grows insatiably and the anniversary of Antonio’s death creeps closer, pleasure and pain blend into one.

Rayden doesn’t want to hurt her. But can he keep her from harming herself?