#TNTConfidential Spotlight on Melissa Hosack and Sunshine and Grim 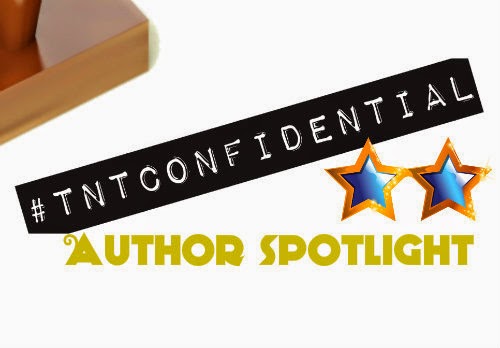 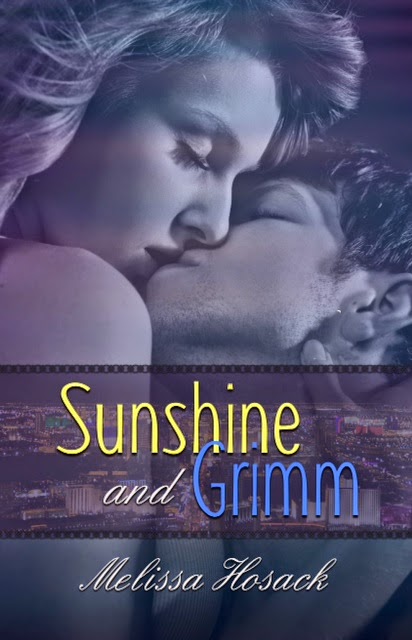 Waking up in Vegas with a hangover and a blushing bride you don’t even remember meeting is a nightmare for any man, but Alex Grimm’s situation is a bit more tricky than most. Try being a vampire with a few hundred years’ worth of secrets to keep safe who finds himself suddenly outfitted with a bubbly, blonde ex-cheerleader.

Sunshine and Grimm follows vampire detective Alex Grimm through his struggles to track down the head of a murderous organization while playing the unfamiliar role of newlywed. He has to balance torture and mayhem with gambling and requests to see the newest tearjerker flick, things his new wife would prefer to do.

He’d simply disappear into the darkness never to be seen by her again if it wasn’t for the tricky stipulation that he’s now linked to Lacy by law. The fact that she is wearing his dead mother’s wedding band is another reason for him to stick close to her side until he can figure out the easiest way to get rid of her for good.

Lacy complicates his life like no other woman ever has. She’s energetic. She’s wild. She’s the exact opposite of him and has a very misguided impression of his personality in general. She thinks his nature is close to hers. She couldn’t be more wrong.

Alex is reserved, quiet, and brooding. He doesn’t know the first thing about keeping a woman like Lacy entertained.

She’s also making his work life hell. Between sending him to interrogate a hairstylist and tagging along to brawls involving creatures she’s not even sure she believes in, Lacy makes Alex’s job worlds harder. How can he be expected to torture evil vampires for information while his unwanted wife is bouncing around behind him with animated energy?

Despite their differences and the fact that they drive each other insane, if the two of them can put their heads together, they just might make a good team. They’ll kick a little vampire ass or die trying. And along the way, they may just realize their feelings for one another reach beyond mere lust. For two people so set in their ways, falling in love might be just as difficult as catching a killer.

In less than ten minutes time at the Nocturnal Lady, Alex was involved in a brutal fight to the death. Upon entering the club, he had guided Lacy to the bar so he could scope out the building.

She’d ordered two vodkas, sliding one to him along the short distance of bar that separated them. “Brings back memories, huh?” She rolled her eyes with a chuckle. “Or maybe in your case, it doesn’t.” She shrugged in amusement as she swirled the contents around in her glass. “Drink up,” she said with a wink. “I doubt it can result in anything weirder than last time.”

“I sure hope not,” Alex grunted with a voice low and gravely.

They’d both downed their drinks together and slammed the empty glasses back down to the bar simultaneously. He’d felt the liquid burn its way down his throat. It was like drinking liquid sunlight. “I hate vodka,” he’d complained with a grimace.

With her face flushed from the alcohol, Lacy agreed. After that, they decided to stay away from the vodka. It made them do crazy things.

Lacy had turned to him and asked him to take her out on the dance floor.

Before he could even begin to protest, he’d been grabbed from behind and thrown with inhuman strength toward the dance floor.

That is where he was now, staring up at the ceiling of the Nocturnal Lady and wincing at the pain shooting up his spine from hitting the unforgiving tile. With a groan, he hefted himself off the ground to face his attacker. He saw Lacy’s blue eyes widen in surprise, but didn’t have time to reassure her that he was perfectly fine before a boot was kicked into his gut. He stumbled backwards onto the dance floor, but finally managed to get a good look at his attacker.

The fangs protruding from the man’s mouth were a dead giveaway that he was a vampire. His shirt was a ghastly orange and brown swirl of a mess that reminded Alex of vomit. His pants were brown corduroy with belled bottoms. “A vampire trapped in the seventies,” Alex observed dryly. “Not cool.”

Lacy, who had raced to the edge of the dance floor during his attack, giggled at this, seemingly recovered from her initial shock.

He frowned in response. He’d been spending too much time with this little vixen. When had he ever even noticed an enemy’s outfit before, let alone commented on it? He didn’t do witty banter. He fought. He killed. He went about his day. While he was distracted by these thoughts, the vampire in 70s apparel aimed a kick at his ribs.

Alex jumped to the side. He avoided the majority of the blow, the vampire’s heeled boot grazing his midsection. Lacy watched with interest as he ducked a punch aimed at his jaw. “You need help, baby?”

Alex yanked a stake from his back pocket, flipping it so the thick end rested in his palm. When the other man charged him, Alex took him by surprise by jamming the stake deep into the vampire’s chest. He watched the vampire turn to dust with grim satisfaction, then spun to Lacy. “No. I don’t need help. Like you would know what to do with a vampire.”

Alex sighed, but couldn’t stop his lip from twitching in amusement as it threatened a smile. “Thank you anyway.” He glanced around them. Seeing at least two more vampires approaching, he quickly returned his gaze to her. “I’ve gotten their attention. Things are probably about to get very violent,” he hollered to her over the still pumping music. “You should get somewhere safe.”

To his amazement, she took five steps away from him and struck a sexy pose. Her foot started tapping, and then her head started bobbing. A moment later, her hips started swaying.

His jaw dropped in disbelief as she started dancing, her body gyrating to the music that pounded through the speakers that surrounded the room. “Lacy,” he chastised, “I said somewhere safe!”

She gave him a playful wink and turned her back on him. Her hands lifted above her head, her fists pumping the air in time to the beat of a song he’d never heard before.

“I cannot believe—” Alex’s complaints were cut short by a fist colliding with his nose. He grunted in pain, his hand moving to cover his bleeding face as he reeled backwards. “Damn it,” he growled. “That wasn’t fair.” A stupid comment, he knew. Criminals never played fair, and vampires were even worse than humans.