Author Spotlight #TNTConfidential on Renee Stevens and No more hiding 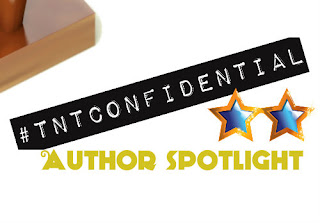 Please give Renee Stevens and her latest release, No More Hiding, a warm welcome! 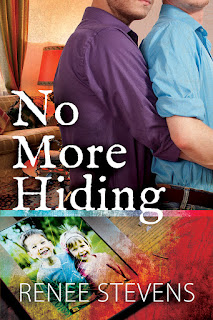 Blurb
Phillip Jorgensen tried to live the straight life and ended up divorced. But he wouldn’t trade his two kids, Jacob and Samantha, for the world. His ex-wife has kidnapped them and he's been searching for them for six long years. But he’s not giving up—never, not for anything. His twin brother has encouraged him to start living again, but how is he going to find romance with all his baggage?
When he meets Vance Pierce at the new gym, Phillip sees a chance to find some happiness.
Phillip has to explain the whole sordid mess to Vance and pray that he understands that he’ll never stop looking for his children. That’s easier said than done. Telling Vance might be risky. Is their connection strong enough to convince Vance to stay? Or will he think that Phillip is too damaged to love? This is Phillip's chance at the life he never thought he could have. But is it possible?

Excerpt
His feet felt like weights had been attached to them. He walked through the kitchen and up the stairs to the sanctuary of his room. His gaze fell on the wrapped package sitting on his bed, and tears threatened. He closed the door softly, walked over to sit on the bed, and pulled the package into his lap. He’d almost given up hope that the kids and their mother would ever be found, but each year he bought Jacob and Samantha gifts, just in case. Your kids will never know you, his mind told him.
“I haven’t forgotten you,” Phillip said quietly to the photo by his bed as his hands gripped the birthday present. Another year, another package that would most likely never be claimed. An indescribable pain blossomed in his chest. He was missing yet another milestone in his kids’ lives. Jacob would be turning ten in two days, and once again he wouldn’t have anything from his father for his birthday.
“I never should have confirmed what her mother saw.” Phillip set the package down next to him and picked up the picture that never left its place on the nightstand. He ran his fingers lovingly over the faces of his two precious children and wished he could physically reach through the glass and touch them. He didn’t realize he was silently crying until he saw the first teardrop fall on the glass. “I love you. I should have known what she’d do.”
Phillip used the pad of his thumb to wipe the tear away. He set the picture back in its spot and walked to the window to look down at the scene in his backyard. His niece and nephew couldn’t replace his own kids, nor did he want them to, but at least they helped to fill a little bit of the hole in his heart.
Phillip wiped his tears, took a minute to compose himself, left his room, and shut his door firmly behind him. Peals of delighted laughter greeted him as he made his way down the stairs and toward the backyard. He steeled himself against his emotions as he opened the back door and stepped onto the porch. He was unprepared for the spray of ice-cold water that slammed into his chest. His mood of moments before was temporarily forgotten.

Author Bio
Renee Stevens first started writing in her teens but didn’t get serious about being an author until her mid-twenties.  Since then she’s written a number of contemporary stories, as well as delved into the paranormal.  When not writing, or spending time in the outdoors, Renee can usually be found working on GayAuthors.org in her capacity of admin and Anthology Coordinator.
Renee resides in Wyoming with her wonderfully supportive husband and a menagerie of four-legged critters.  Making the most of the nearly constant negative temperatures and mounds of snow, Renee spends much of the winter months in hibernation with her laptop, the voices in her head keeping her company while her husband works. When she needs a break from writing, Renee takes to the sewing machine to design, and make, beautiful quilts.
When the snow finally disappears, usually around May or June, Renee can be found in the great-outdoors.  She spends her time on the mountain, at the lake, and just anywhere that she can do some camping, take some photos, and ride the four-wheelers with her hubby.  Once back at home, it’s back to writing.
Twitter * Blog * Facebook * Goodreads
Posted by Elyzabeth M. VaLey at 12:30 AM